Labour Together recently brought together activists from across the labour movement to explore how we can build a 21st-century Labour Party, which in all honesty – like much of politics at the moment – feels like no small task. We were joined by Laura Parker, national coordinator of Momentum; Nathan Yeowell, incoming director of Progress; and Neal Lawson, chair of Compass. You can watch the encounter online here. The key challenge posed by Neal was how we could reimagine our party structures in an age in which there is an “inalienable right to participation”.

Could we think beyond our current, quite uniquely difficult, catch 22-inducing meeting forms? The motions, the GCs, the ECs, the AMMs and that ever present awful phrase that strikes fear into the heart of most meeting attendees: “can I amend the amendment?”. As Laura asked: “Why are we trying to discuss things that are complicated with three-minute speeches, hands in the air? Since when did anyone in real life ever resolve a difficult issue in that way?”

How can we bring everyone around the table to participate in this discussion, in a movement that seems to have lost its ability to sit down together and construct consensus? It shouldn’t be too difficult. We’re living in the age of Wikipedia where human collaboration in the pursuit of building shared knowledge traverses boundaries, countries and cultures. Where #MeToo can travel around the world building solidarity between women and lead to significant cultural change. Where a community of volunteers and local journalists can work together through a slack channel to compile the first ever figures on the deaths of homeless people. This is the age of human collaboration and participation, and as a political movement we are repeatedly failing to seize it.

What’s more, some of this is not new. It’s actually deeply rooted in our own history – it’s in our movement’s political blood to do this. The Co-operative Party, our sister party, built the co-op movement. We created the systems of motions and conferences, the structures of human collaboration for our own movement at that time. Created in the 19th century at the heart of an industrial revolution, these structures allowed us to democratically co-operate. They turned us into a political force that has dominated as one of the two major parties for the last century. Now as we live through the technological revolution and the shifts it has brought with it, they must again be remade.

Because our structures matter. They shape how we think, how we work together – the very spaces and policies built by our movement. In an era of polarisation after Brexit, how can we truly democratise the party in a way that allows for deliberation and consensus building? When hate is widespread, how can we forge a kinder political culture? How can we construct a genuine mass movement that is truly reflective of our country? As power changes, how can we foster, nurture and grow new kinds of leadership fit for a new politics? How can our party become more open to innovation and be flexible enough to adapt in a century of rapid change?

What we need is a bottom-up transformation. We must create new spaces to unlock new thinking and ideas. This means new meeting formats. Change the form and change the thinking. This is why we spent most of our time on Monday working in small groups, with our speakers participating in them. One of our principles at Labour Together is tables not podiums. In a rapidly changing world, we believe there is no monopoly on wisdom and that everyone has something to contribute.

Through experimenting and giving people the space to talk, some interesting ideas were generated. One group recognised that our current meeting structures are off-putting for most people. They suggested that more space in our agendas should be given to allowing people to share testimony of their own experiences of political problems in their communities, which could form the basis for local campaigns. Another group explored the idea of splitting the roles and functions of our committees to involve more people (i.e. policy meetings for people interested in policy; campaigning meet-ups for campaigns people). One group proposed creating digital motions across local parties, where if a certain number of local parties sign a motion, you can then ballot it to make party policy outside of conference. (All these ideas from our event can be found in this online document, which you are free to comment on.)

Our workshop was just one of many experiments in human collaboration taking place across our movement right now. From Facebook groups linking up incoming local party secretaries to The World Transformed’s work expanding political education, up and down the country we know there are people in their local Labour parties (and outside of them) who are innovating. We want to lift up and share these new forms of political participation and create structures within our party that help them to thrive across our movement.

We want to hear from you about how you’re doing things differently and we’d like to know your thoughts, opinions and ideas on party structural reform. This conversation has already begun and it cannot end with a single event held in London. We must take it to everyone. The 21st-century Labour Party must be built from below, not enforced from above. It must be negotiated between all wings of the party, the unions and our socialist society movements. The more people contributing, the bigger and broader our vision of the party could be. 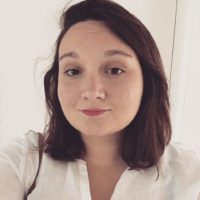 Hannah O’Rourke was director of Labour Together. In the run up to the next election, she will be moving on to help run Campaign Lab, a cross-factional network focused on campaign innovation.