Matt Hancock has called for 250,000 people to volunteer to join a new ‘responders’ group, which will be responsible for ‘shielding’ the most vulnerable at home. Meanwhile, nearly 12,000 retired NHS staff have heroically agreed to return amid the coronavirus crisis. MPs such as Dr Rosena Allin-Khan and former full-time care worker Nadia Whittome are also taking on extra health work, in addition to their parliamentary duties.

And yet NHS workers are continuing to raise urgent concerns over a lack of personal protective equipment. There are reports of NHS staff ending up in intensive care, and a UK patient has now died after contracting the virus in hospital. A huge effort is underway to resource the workforce with adequate PPE, but we must not shy away from asking why this endeavour was not undertaken earlier.

Women’s health is also being put at risk. As highlighted by Stella Creasy, Diana Johnson, Ruth Cadbury and many other Labour MPs, the government decided on Monday to temporarily allow abortions at home. Two pills could be taken without going to a clinic during the lockdown. Guidelines were published and letters were sent to abortion care providers. But Hancock has now led a shocking U-turn.

Although the coronavirus bill will reduce the number of doctors necessary for sectioning under the Mental Health Act from two to one, two doctors will still be needed for women seeking abortions – despite many clinics having closed. Creasy wants to introduce teleconsultation, with doctors being able to prescribe pills over the phone during this period in which nobody should be leaving the house unnecessarily. This would not require legislative change, the Walthamstow MP says, but simply for Hancock to reinstate the now-withdrawn guidance.

There is still nothing for freelancers and the self-employed, many of whom have seen their incomes drop because their businesses rely on physical contact – events, for example. Many others are having to endanger themselves during this crisis. Hancock has tried to blame Sadiq Khan for overcrowded tubes, as there is now a reduced service. But the London mayor has pointed out that growing numbers of TfL staff are off sick or self-isolating. The government does not want to tackle employers who are forcing workers to travel, nor does it want construction sites to close. Help for the self-employed is now expected to be announced tomorrow. It better be good – at the moment Universal Credit applications are proving impossible to complete.

With the coronavirus bill being passed into law, parliament will close a week early for Easter recess – adjourning from this evening until April 21st. This will make MPs’ scrutiny of further coronavirus measures difficult. It also means that this afternoon will be Jeremy Corbyn’s final PMQs, just as his last national executive committee (NEC) meeting as Labour leader took place this week. How will the leadership contest results be unveiled on April 4th? No exact format has been agreed, LabourList understands, only that it will be online-only, with Jennie Formby delivering opening remarks and Andi Fox announcing the results. Remember to vote if you haven’t already cast that all-important ballot. 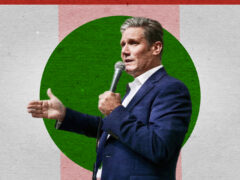 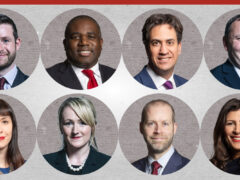