We are working to change Labour Party rules to introduce dual Constituency Labour Party (CLP) membership for students. In September, just under 2.5 million young people began a new academic year in higher education. Students who move away from home to study have the opportunity to register to vote in both constituencies. Unfortunately, for the many fantastic Labour activists who find themselves moving away for the academic year, the choice is much more limited.

As it stands, young members moving away for study can change their address to their term-time CLP, but this means they will miss out on news and events from their home CLP despite not being committed year-round to either. A select few of the most dedicated activists may change back their membership for the four months of the year spent at home, but even doing this rescinds the privilege to ever become a delegate or officer, and the process can take a while.

Many of our members who become active when joining during university may miss out on the activism when at home. Similarly, many who joined before moving away may not be aware that changing their CLP is an option, meaning they never connect with their local party and community when away. This presents a type of disenfranchisement, or disconnection, from the party.

Being a member of a CLP extends far beyond voting on motions: it is a way to truly connect with the community around you, understand local issues and find opportunities to become active in the area beyond the party. That is the essence of Labour activism. Having the opportunity to join a new CLP, without losing contact with your home CLP for eight months of the year, would benefit not only the member but also their respective constituencies.

A constant struggle facing CLPs across the country is how to interest, bolster and retain young members who become political but then leave the area, a type of ‘youth drain’. Some CLPs will have the help of a local Young Labour group to support young activists, though most do not.

This certainly isn’t the sexiest campaign within the party, but it is a project that could finally fix the decades-old question of how to strengthen sustainable participation from young members nationwide and stop the feeling of disconnection for so many young members stuck in limbo.

Our campaign connected with a number of candidates during Labour’s national executive committee (NEC) elections. Now, post-election, we will begin to work together with those elected to make our reform functional and ‘oven-ready’. Through these chats, we will continue to develop our idea so that it benefits all members, not just those who will be dual. We have written up a model motion, which outlines the exact functionality of how this rule change will work, with a little bit of help from our friends in the NEC to iron out the details.

Members with dual membership, who will pay the student rate, will be able to select one CLP as their primary one and the other as secondary. Membership rights would be restricted at the secondary address to ensure party democracy – they will not be able to vote twice in NEC elections, vote twice in one-member-one-vote ballots, nor be elected as delegate to conferences for both constituencies.

The face of Young Labour is changing, and our members undertaking higher education are participating in a changed arena after some shake-ups in the student wing over the last couple of years. We want to make sure our young members feel included year-round and are able to participate fully. 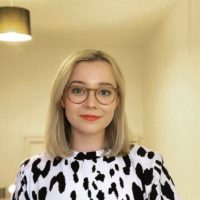 Maria Herron is a member of the coordination team for the Campaign for Dual CLP Membership.

View all articles by Maria Herron 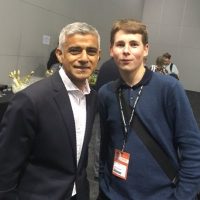 Dylan Topham is a member of the coordination team for the Campaign for Dual CLP Membership.

View all articles by Dylan Topham 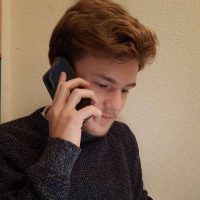 Elliott Callender is a member of the coordination team for the Campaign for Dual CLP Membership.

View all articles by Elliott Callender