The latest YouGov poll shows the Conservatives 13 points ahead of Labour. There are different ways of looking at this situation. One view points to the UK’s Covid death toll, the economic crisis here that compares unfavourably to those elsewhere, the government’s unashamed cronyism, the fatal reluctance to lockdown despite public enthusiasm for doing so, and asks: how are they getting away with it? According to another view, polls at this point in the electoral cycle count for basically nothing. People aren’t politically attuned right now; results like these are more a measure of the public mood than anything else, and that has been buoyed by the vaccine rollout.

For what it’s worth, I don’t think these interpretations contradict each other. It is concerning that there isn’t more alarm over the clear errors and deliberate choices that have deepened the crisis, though understandable that people are feeling more positive at this moment, when the prospect of a pint in the local is in sight. Key here is the question of what will matter at the next election. General secretary David Evans reckons it will be about the future, not the past, hence the leadership’s desire to recreate a “1945 moment”: choose Labour for the recovery.

Labour’s excellent argument about resilience – that our public services were too vulnerable going into this crisis, that lessons must be learned and that the opposition party is best-placed to enact those lessons – makes the past relevant to the future. “Get Brexit done” did a similar thing: it talked about what the Tories would do in office while implicitly contrasting this ambition with the failures of the previous few years, wisely distancing Boris Johnson’s Conservatives from Theresa May’s administration (the Prime Minister has continued the same trick ever since).

Rishi Sunak’s Budget appeared to go down well in snap polling. Some media were surprised: despite looming taxes, the public approved of the Budget. Yet, as pollster James Johnson highlighted, there is support for a rise in corporation tax and people are even becoming more willing to pay higher taxes themselves, as long as the framing is right. (Unfortunately, this is partly because the left has not won the argument when it comes to framing public debt as household debt: many believe we must pay off the Covid debt, and should do so with tax rises rather than spending cuts. This presents both a problem and an opportunity.)

The Budget may now be unravelling, however. My first take on Wednesday afternoon was: where is the plan for public services? The NHS will be hurting more than ever in the coming years – because of long Covid and the backlog built up during the pandemic, but also because frontline workers have just been through thoroughly exhausting and traumatic experiences. This last point applies to other public services, which are being subject to austerity as Ben Chu explains here. And the NHS will see £30bn worth of cuts to day-to-day spending.

The reward being proposed by the government for NHS staff in England? A 1% pay rise. “The public will be horrified. Staff will think it’s some kind of joke,” said UNISON. It is “the worst kind of insult”. The TUC responded: “This is an insulting way to reward their dedication and service… Our key workers deserve better.” Keir Starmer added: “You can’t rebuild a country by cutting nurses’ pay. Give our Covid heroes a pay rise.” Can the clapping we saw last year translate into real political change? 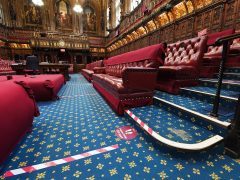 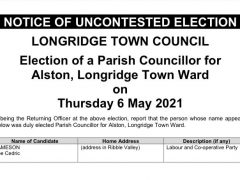