Rishi Sunak is having a rough morning. The accepted wisdom is that it usually takes a day or two for Treasury announcements to be picked apart by commentators. The Chancellor’s Spring Statement has not been granted that grace period. Today’s papers have almost universally denounced the Statement, including stalwart of the Tory press the Daily Express. Sunak was audibly flustered on BBC Radio 4’s Today this morning. Asked what his announcements would do to help Sarah, a mother of two in Sandwell near Birmingham who has been forced to chose between heating her home and feeding her children, the Chancellor asked for her contact details, saying he or her MP could make a special case for her. Presenter Mishal Husain highlighted that this mum is just one example of the many who are struggling. She stressed that people on benefits or receiving pensions will only see them rise by 3%, way out of line with inflation which rose to 6.2% in February.

Even the immediate reaction to the Chancellor’s Statement was damning. Institute for Fiscal Studies director Paul Johnson asked what was the “possible justification” for cutting the income tax rate while raising the National Insurance rate, concluding the move “drives [a] further wedge between taxation of unearned income and earned income” and “yet again benefits pensioners and those living off rents at [the] expense of workers”. Resolution Foundation chief executive Torsten Bell described the package as “really badly designed”, tweeting: “I really can’t believe this package does next to nothing for those getting hardest hit by rising prices – those who are disabled and not working just got told they are on their own.” New Economics Foundation director of research and chief economist Alfie Stirling said after eights hours of analysing the Statement he was still “numb from the initial takeaway”: “[Sunak] was faced with the worst living standards crisis in 50 years, he had plenty of room for manoeuvre [and] he chose to effectively cut welfare by £11bn in real terms.”

This morning’s more in-depth analysis makes for similarly grim reading, with the Resolution Foundation estimating that 1.3 million people will be pushed into absolute poverty next year and that working-age households will see a real income fall of 4%, a record loss of £1,100. With this Statement, the Chancellor entirely failed to respond to the worsening cost of living crisis. The measures announced were not only extremely limited in the face of the biggest fall in living standards since records began – they also did not target the groups most in need of support. What use is a 5p cut to fuel duty if you don’t own a car? How does raising the threshold for paying National Insurance to £12,570 help if you are earning less than the previous threshold? What is the point in the cut to income tax coming in in 2024? The timing of that last announcement is a key insight into the Chancellor’s intentions with this Statement. This was not a genuine attempt to help the British people with the spiralling cost of living. Sunak’s real aim was to reposition himself as a tax-cutting Chancellor, placating his backbenches in the short term and setting himself up for plaudits from the public by slashing income tax in the run-up to a general election in 2024.

LabourList analysed the Statement in more detail yesterday afternoon, as well as rounding up labour movement reaction to it. We also published opinion pieces on the Chancellor’s announcements from TUC general secretary Frances O’Grady and Momentum co-chair Andrew Scattergood. Finally – although it already feels an age ago in political terms – do catch up with our write-up of yesterday’s PMQs, during which Keir Starmer went hard on Boris Johnson’s “half-arsed bluster and waffle” about the scandalous decision by P&O Ferries last week to fire 800 of its staff via Zoom. 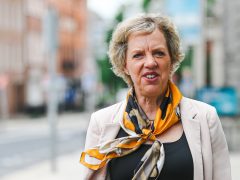 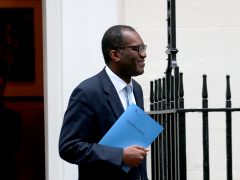 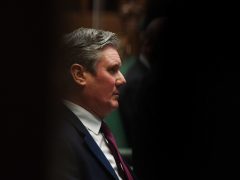