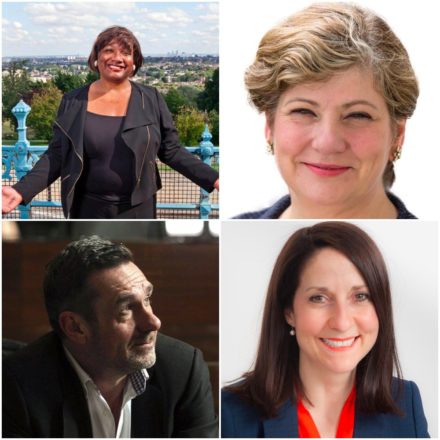 Emily Thornberry and Diane Abbott are to appear at Progress’s annual conference this weekend.

Progress, a centrist pressure group within the Labour party, have titled their conference “Beating the Tories, Beating hard Brexit.”

There will be speakers from across the Labour movement, including Paul Mason, a journalist and firm supporter of Jeremy Corbyn’s leadership, as well as shadow cabinet members Thornberry and Abbott. Former minister Caroline Flint will appear, as will 2015 leadership contender Liz Kendall.

Other high profile backbench MPs Peter Kyle and Wes Streeting will speak, and the keynote speech will be given by Wirral South MP Alison McGovern, the chair of Progress.

“Beating the Tories, Beating hard Brexit is the conference title and the focus for Progress in the coming months, even years, as Theresa May’s weak government is forces back to the public,” Progress director Richard Angell said to LabourList.

“Jeremy Corbyn out did the expectation of his critics, myself included, and increased the number of Labour seats for the first time in 20 years. We are not, however, in government. As the title of the first session ‘Lots done, lots to be done’ suggests a simple ‘one more heave’ mentality will not suffice. Labour must broaden, ensure its manifesto is battle ready against what we must expect will be a better Tory campaign and do all in its power to stop a hard Brexit,” he added.

“Like all Progress events we look forward to hosting speakers from across the Labour family and all it’s wings, those in parliament, local government and the trade unions.”

Progress conference is this Saturday at TUC Congress Centre, London. You can get tickets here.