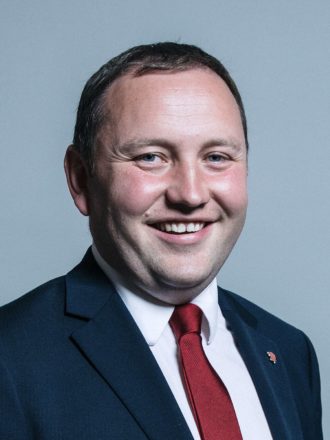 I have no idea what former BBC weather anchor Bill Giles’ personal views are on Brexit – perhaps he is completely opposed. But there was something familiar about his complaint that the BBC’s new weather map graphics shows too much of continental Europe.

In the middle of the Scottish independence referendum campaign of 2014, the Scottish nationalists complained at length about the BBC’s decision to use a weather map that projected the UK as though seen from outer space. This, it was claimed, diminished Scotland’s size, as it was slightly foreshortened to account for the Earth’s curvature and was deliberately designed to make Scots think their country was – to use their divisive mantra – “too small, too poor, too feeble” to go it alone. It reminded me of the Flat Earth Society claim that they had members all over the globe.

Ironically, the new map does not replicate this attempt at a spherical projection but sticks very firmly with the familiar school atlas “Mercator”-style flattening. But by admitting that our domestic weather systems are dependent on what happens elsewhere on our continent, it is still not good enough for some.

Go back just a little further and you soon find the SNP were not the first to spot a threat from televised meteorology. When in the 1980s the BBC started putting weather symbols across all of Ireland and not just the six north-eastern counties of Northern Ireland, this upset the DUP.

This is the thing about nationalist agendas – whether of the Scottish, Ulster or the anti-European variety. Its front-of-shop is a claim about national pride and greatness, but inside it is driven by fear and resentment. Being happy and proud of your nation is not enough; you have to be frightened and angry about the other guys too.

Today it is hard nationalism that is increasingly driving the Brexit process. Not because Theresa May particularly wants it to go that way, rather she is too weak to stop it from happening. Even now she can still occasionally give the impression that she believes Brexit is what she and fellow Remain campaigners argued it would be during the referendum campaign: an economic gamble that we can only lose. But her fragile Commons majority is dependent on both the DUP – a party that has always opposed the Common Market – and hard-core ideologues on her own benches. For these reasons she has increasingly chosen to lean in towards the nationalists.

There is another thing about nationalism we should not forget: it is not, in general, a doctrine based on rational accounting, but on mythos and ethos. Its limits are not set by economic calculation but by a need to satisfy the doctrine for purity and separation from the other. For Brexit, that means there is almost no price the hardliners the Prime Minister now courts are not willing to pay if it gets them what they want. It’s not about the country – it’s about the ideology.

This week, the hardliners have been willing to swallow a whole jar’s worth of purgative pills in the expectation that it will take them closer to the promised land. Pledges they made to all sorts of constituencies, from fishing villages to those concerned about continued EU immigration, have all been offloaded, going down the toilet with their claim that we could leave the EU without paying a penny.

The nature of this Brexit nationalism as a political cul-de-sac has hardly been clearer, and it surely starts to make the question of why we are continuing to go down the Brexit road at all look ever more important. The referendum saw the Brexiters make a large number of pledges and policy promises, but none of them, except the most basic demand that we should leave the EU, seem to matter to them now. If they have changed their minds, then the rest of us must surely have the right to do the same.

At the very least we should sweep all these arguments aside and take the least worst option of staying in the single market and customs union. And for the record, John Kettley was a weatherman and so was Michael Fish, Fish, Fish…

Ian Murray is MP for Edinburgh South and co-founder of Scottish Labour for the Single Market.