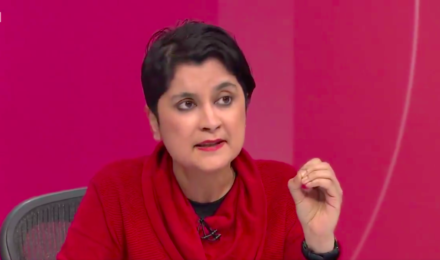 “It’s only because of all-women shortlists that Labour now has more women in parliament than all the other parties put together – and we’re still not 50 per cent yet.”

Shami Chakrabarti says it is important to have all-women shortlists to ensure that more women become involved in politics #bbcqtpic.twitter.com/fVtv7I5jJd