Labour has launched a new PEB today, attacking Nick Clegg as the “Un-credible Shrinking Man”. The film – a spoof black and white film take on the Cabinet and Nick Clegg’s broken promises. Most notably, this is the first time in ages that Labour have produced a Party Election Broadcast that’s intended to be funny (albeit about serious issues).

Now obviously humour in campaign videos is very hard to land – and it’s down to taste (I personally didn’t think it was funny) – so it’ll be interesting to see how this is received.

The video – produced by outside agency Lucky Generals, and Directed by Rick Cantor – places the focus on the Lib Dems and their broken promises (as well as the record of the government), which suggests that Labour are still trying to squeeze the Lib Dems when they’re already down to double digits in the polls. I’m not sure there’s more squeezing of their vote to be done. Additionally, it’s clear that in trying to push the idea of Tories as posh, out of touch, aloof toffs, it’s hard for Labour to argue that there’s no element of “class war” at play…

Yesterday the party released attack leaflets on UKIP. Today it’s an attack video on the Lib Dems and Clegg – yet Miliband told me only a few days ago that the campaign would be about Labour’s “positive agenda”. That’s absent from this PEB…

Update: Labour have also released a housing leaflet today. It’s much more in tune with a campaign that’s pushing a “positive agenda”. Here it is: 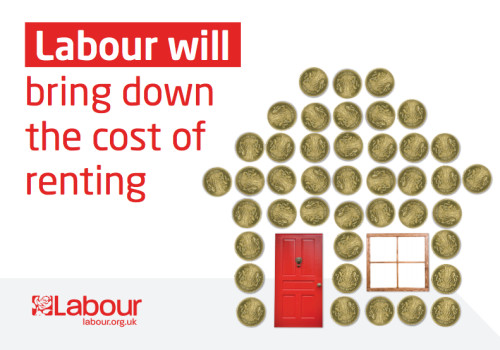 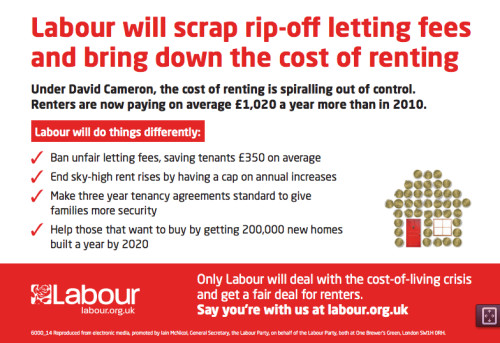