In the coming days UK Labour leader Ed Miliband will be here in Scotland – making the case for shared solidarity across these islands.He’ll arrive in the wake of a difficult summer for David Cameron and a growing sense that we can secure a Labour Government in next May’s general election.This view that Labour can win in 9 months time finds no place in the Nationalists’ narrative. They had hoped to be able to tell voters that Tory victory was certain ahead of the referendum on 18thSeptember. 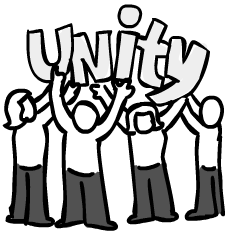 Yet last week’s defection of the Tory MP Douglas Carswell to UKIP underlines once again the scale of the problems facing the Conservative Government in seeking re-election. Of course Labour is working hard across the country to meet the challenge of UKIP but this latest crisis for the Conservatives is seriously bad news for David Cameron. The Prime Minister believed his Europe speech last year would placate his MPs and see off UKIP, but instead it galvanised his eurosceptics to demand more and more.  His strategy of first ignoring, then insulting, and then imitating UKIP has proved a disaster.  The party leader who once said his party must “stop banging on about Europe” is watching the Tory’s electoral prospects crumble in part because of division caused by exactly that.

UKIP isn’t an English only phenomenon. Despite Alex Salmond’s portrayal of Scottish and English politics as wholly separate to one another, London and Scotland elected the same number of UKIP MEPs in May’s European elections. Rather than sticking our head in the sand and saying Scotland is uniquely immune from the reactionary right wing politics that has swept Europe, we must tackle the rise of UKIP across these islands together.

This summer, while the Tories have been rocked by ministerial resignations and backbench defections, Labour has been getting on with the job of travelling around the UK setting out the choice facing the electorate at next May’s general election.

The reality is that the Conservatives are a party in retreat.

Consider this: The Conservatives have not won a majority at Westminster for over 20 years. They only have one MP here in Scotland but across the UK they don’t have a single Councillor in Manchester, or Newcastle, or Sheffield or Liverpool. A 16 year old voting for the first time in the referendum here in Scotland will have lived ¾ of their life under a UK Labour Government.

Alex Salmond was banking on the Tories being in a strong position at the time of the referendum so his message could be vote Yes or face five more years of David Cameron. If that’s the argument, so the Nationalist thinking goes, there is no need for answers about currency, schools or hospitals. Scot’s aren’t so easily fooled. We understand the difference between anger with a transient Tory government and supporting the permanent break-up of Britain.

And the fact the polls have denied Salmond his card means the Nationalist campaign has resorted to scare tactics on the NHS and desperation over the pound. It tells you everything you need to know about the SNP’s politics that their independence campaign is reliant on a resurgent Tory Party.

The SNP try to cloak themselves in the aura of social justice, but theirs is a politics of narrow nationalism. Not only did they vote with the Tories to bring down the Labour government in 1979 but in 2010 the First Minister recommended English voters support the Liberal Democrats instead of a Scottish Labour Prime Minister. SNP Finance Secretary John Swinney spent months refusing to use the powers of the Scottish government to help Scots facing the bedroom tax because he did not want to let the Westminster government ‘off the hook’. The SNP are willing to let Scots struggle if it helps achieve their own ends. This is a far cry from the hopeful, optimistic vision attempting to be portrayed by Yes Scotland; scratch the surface and you find something far more calculating.

I joined the Labour Party to be part of a movement that has a starting point of seeking to make Scotland fairer, more prosperous and with greater opportunities for all, regardless of background. In contrast, the starting point for the Nationalists is the desire to leave the United Kingdom – everything else is secondary. For the SNP leadership this holds true even if that means standing by and refusing to use the means at your disposal to stop Scots suffering.

The values at the heart of the Labour Party are what most challenges the Nationalist notion that somehow Scotland needs independence because Scots are better at being fairer than the English, or at least, would be without the English around. I believe working people in Paisley have more on common with working people in Preston than they do the Duke of Sutherland. Walking away is not and never can be an act of, or the basis for, solidarity.

At our best, Labour has been the party of constitutional, economic and social renewal – the party of Scottish home rule. We established the Scottish Parliament.  But for us that parliament, with whatever powers it now has and will have in the future, is a means to an end. And that end is to tackle poverty and improve all our lives, ensuring no-one is left behind.

That shared pursuit of social justice is the Labour movement’s founding principle and has driven us to our greatest achievements: the NHS, the welfare state, the national minimum wage. We have moved forward when people across the UK have come together to fight for change.

On 18th September the Nationalists want us to walk away from friends and comrades who live on the other side of the Tweed. Their vision for the future is two countries – Scotland and England – divided and competing against each other with lower taxes, lower terms and conditions and lower wages. However much they dress it up, this vision runs counter to the Labour values millions of us in Scotland hold dear.

Leaving our neighbours behind isn’t the Labour way and, as all the polls continue to show, it’s not the way of the majority of Scots.

In the closing weeks of this campaign we are offering Labour voters what most Scots see as the best of both worlds: more decisions taken by Scots here in Scotland, backed up by the strength, stability and security of the UK.This Tory UK government has just months of its mandate left to run and the prospects of a Labour government are real. The two people on these islands that this fact disappoints the most are probably the Prime Minister and the First Minister.

Both the Tories next May and the Nationalists on 18th September can be defeated by the same principle – working people in all parts of the United Kingdom standing together. As the old trade union slogan has it, “In Unity is Strength”. 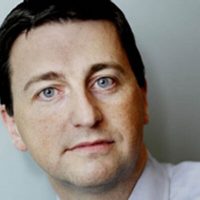