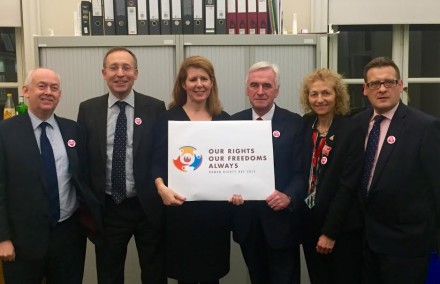 Labour are today using International Human Rights Day to pressure the Government into a u-turn on their plans to scrap the Human Rights Act.

The party tabled Opposition Day debate on the topic in the Commons this afternoon, with Shadow Human Rights minister Andy Slaughter saying that “International Human Rights Day is a very timely occasion to reflect on what a positive impact the Human Rights Act and the European Convention on Human Rights have made to our lives in the United Kingdom”. 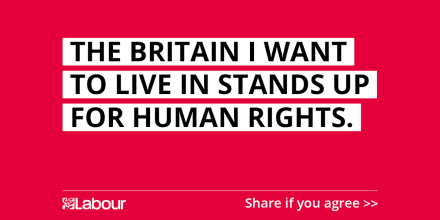 Slaughter added that Michael Gove had reversed several of Chris Grayling’s policies since he became Lord Chancellor, and that scrapping the HRA should be added to the list:

“Michael Gove’s leitmotif since becoming Lord Chancellor has been to ditch many of the boorish and banal schemes of his predecessor. He would do well to add repeal of the Human Rights Act to his list.”

Shadow Lord Chancellor Lord Falconer described the HRA as “one of Labour’s proudest achievements.” He said:

“Repealing it would be disastrous not only for people at home but for the message it would send to people around the world still fighting for the rights it protects.David Cameron and Michael Gove should listen, drop their plans now and protect our human rights.”