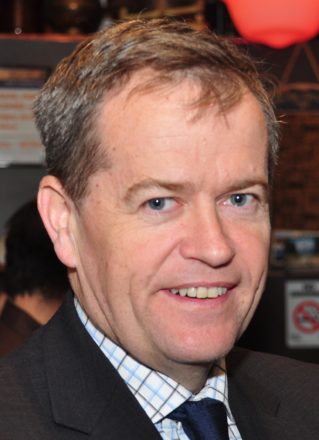 A picture of Ed Miliband appears on the wall in the Australian Labor party campaign headquarters. Above the sign reads “don’t be them”. United Kingdom Labour’s high expectations and crushing defeat in 2015 had huge implications for social democrats the world over. No more so for our older sister party down under. At the time they knew a general election was due within 18 months and that while they were up against an unpopular Tory party that had just suffered a big defeat. Yet the whole party had been entangled in a huge personality battle between the previous government’s biggest figures. Sound familiar?

So why have the ALP turned their fortunes around so quickly and brought themselves to the brink of government in less than three years of opposition?

First, the new leader really, really wants to be prime minister. Bill Shorten is not Australia’s Ed Miliband, but their Ed Balls. A party man through and through, factional player, great tactical mind and man of great focus. Unlike Miliband, who behaved as if he was ready to catch the keys if the government were to drop them, Shorten was prepared to go and wrestle them out of their hands. This desire to win was a first order decision in the campaign and it played out in a serious prospectus for the Australian people.

Second, the government was attacked by Labor on their competence and consistency. Or lack thereof. Tony Abbott had been a disaster and became hugely unpopular. The left didn’t focus on his background or friendships but the way the show was coming off the rails. They were able to use a bizarre speech to G20 leaders on minutia of domestic policy to expose him as an embarrassment to the whole country. His antiquated knighthood for Prince Philip exposed that he did not share modern Australia’s values. In response Malcolm Turnbull was installed engulfing the Liberal party in the kind of leadership drama that damaged Labor under Kevin Rudd/Julia Gillard. As a darling of the inner-city target voters for some time – largely because of his centrists positions on climate change, marriage equality and the like – the new prime minister was expected to turn round the numbers. But Turnbull in The Lodge (No 10 down under) was not what he promised to be when up against Rudd four years before or in the wilderness years under Abbott. A hostage to his party caucus on climate change, forced into a plebiscite on marriage equality by his party room and no longer identifiable as a (small ‘l’) liberal, Labor ruthlessly exposed the inconstancy in his position. The voters felt betrayed, and rightly so.

Third, Shorten, his team and Labour created the positivity of the campaign. They were the optimists. They were the team with passion and hyper activity. Like Sadiq Khan in the recent London mayoral election here, the voters recognised Shorten had the energy. Literally. Each day of the campaign was started jogging with his staff. He was simply more hungry for it. To round this off, the Labor position was positive, literally: 100 positive policies were central to the campaign. This key message was emblazoned on the side of the national bus and on leaflets throughout the land. Labor was back in business, not talking about itself or its record but the voters and the future.

The election result sits in the balance as we speak. The result will not become clear for days but this could be the first one-term Australian government for 85 years. What is not in question is that Turnbull is a lame duck. Someone in the heart of the action in Victoria told me “Even if Turnbull wins, he has lost and even if Shorten loses, Labor has won”. Shorten’s achievement – something too few expected of him – was done in yet another media hostile environment – almost every newspaper urged the voters to reject him. He did so largely because he wanted, the day after polling day, to be anyone but Australia’s Ed Miliband.

Richard Angell is director of Progress and worked for New South Wales Labor in the 2013 general election.