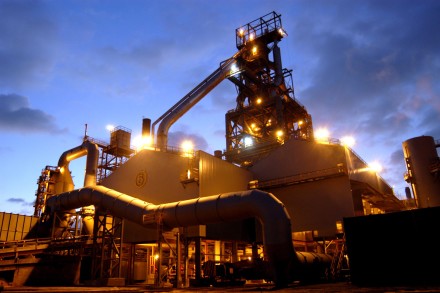 A Labour MP has called on Tata Steel come forward with a timetable for the sale of their UK assets amid reports the firm has pressed “pause” on the deal following the uncertainty created by the vote for Brexit.

Stephen Kinnock, MP for Aberavon, which includes the Port Talbot steelworks, demanded the Government “get a grip” on the steel crisis and commit to supporting the industry.  He said the lack of clarity was causing concern for steelworkers and their families, who has already “been through hell” over the past few months.

“If reports that Tata Steel intend to pause the sale of most of its UK business, including Port Talbot, prove to be correct, then this would clearly pose more questions than it answers,” he said today,

“Steel workers and their families have been put through hell over the last weeks and months, and they will be forgiven for greeting these reports with a degree of scepticism, and perhaps even an element of anger.

“We all understand the massive impact of the referendum result, and we appreciate that Tata Steel, like so many other businesses, need time to review and evaluate the implications of Brexit. However, It is now absolutely critical that Tata Steel and the UK Government come forward with a specific timetable.”

The BBC reported today that Tata was expected to put on hold the sale of most of its UK business, including Port Talbot.

Conservative business minister Anna Soubry today said that “all options were on the table”. She did not rule out temporary nationalisation of the business. She confirmed the Government’s policy was still to offer loans to potential buyers, or take on a 25 per cent stake in the business to encourage investment.

Tata steel employs 11,000 people in the UK. In April the Indian firm confirmed it would pull out of its UK operations and seek a buyer for its steelworks. Since then Tata has sold its long products plant in Scunthorpe, protecting jobs located there, but is yet to confirm a buyer for those based in its plants elsewhere in the UK. The firm’s initial plan was to sell the steelworks by mid-June but since then there has been a growing uncertainty about the future of the plant.