National Education Union members in east London have announced that they balloted in favour of strike action against the draconian new contracts for teaching and support staff in Tower Hamlets. This comes off the back of an ongoing dispute that has pitted right-wing figures in the Labour council against hard-working educators in an already educationally underfunded borough.

The proud legacy of Tower Hamlets’ radical trade unionism, which saw Jewish clothworkers and Bangladeshi textile-makers fight for better conditions, safety and pay, deserves more respect than the right-wing Labour council is currently providing with its dangerously pre-emptive anti-trade unionism. The council’s toxic behaviour toward its tireless education staff was recently epitomised by a threat of legal action against NEU members balloting to strike, which invoked antiquated red-baiting tactics by suggesting that the educational staff ought not to take democratic control of their workplace conditions and industrial action. This was dropped at the last minute.

The council is claiming that there is no dispute because the local authority is not the teachers’ employers. But, no doubt encouraged by the anti-union rhetoric coming from the government, its submission to the court includes claims that a strike by school staff will cause financial hardship for parents and lead to an increase in anti-social behaviour as local youths will have nothing to do.

The local NEU said: “The consultation, which the NEU was excluded from, came to an end without agreement, and the council is now threatening to impose it by dismissing staff then re-employing them on the new contracts. Following examples such as Royal Mail’s successful injunction in November against an overwhelming CWU strike ballot, the action by Tower Hamlets council suggests a worrying trend that the law is increasingly being used to frustrate democratic union votes.”

The news of a successful strike ballot is a great victory for teaching staff, and it indicates the institutional power of collective workplace organising. Truly, in the coming years, as our institutions in and outside of the labour movement face savage attacks form a hard-right Tory government, successes like this one show the immense strength of the organised working class and provide a shining example for trade union militancy going forward in a number of sectors.

Two weeks ago Will Tuckley – chief executive of Tower Hamlets council – wrote to council staff notifying them that their contracts will be terminated in April 2020. The council intends to scrap and rewrite hundreds of contracts that will stipulate inferior pay and conditions, particularly drastic cuts to redundancy pay for teachers. Core staff were informed that they would be dismissed and reneged on new contracts if they did not accept the revised terms and conditions.

The NEU has been asking for talks with the Labour mayor ever since it ran a successful indicative ballot for action in December. The vote resulted in a record 97% in favour of action on a 54% turnout. The NEU got no reply from the mayor, but recently found out that council officers had applied to the High Court for an injunction to stop the strike ballot.

Part of the council submission is that a strike by school staff will cause financial hardship for parents and lead to an increase in anti-social behaviour. This clearly has nothing to do with the legality of our ballot but could be fairly described as a dog-whistle to a judge who might be sympathetic to the idea of banning public sector strikes.

Local teacher and NEU member Jack Walker commented on the anti-worker rhetoric: “It’s depressing that a Labour local authority that could be putting its efforts into resisting Tory austerity has instead decided to expend its efforts trying to take its teachers to court for making our voices heard in a legal and democratic way. We in Tower Hamlets are already pushed hard by housing prices and our local services are creaking. We work hard with young people who are also feeling the impact of austerity. The fact we have been threatened by a Labour authority in this way is shameful.”

Plainly, all Labour members and supporters must show their solidarity with striking staff and take on right-wing councils – of all parties – when they renege on their commitment to the working class, upon whom our party was built. The entire movement can glean a great deal of hope from this strike ballot as it highlights our ability to take on the boss class in our communities. 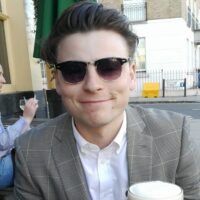 View all articles by Theo Freedman