Oliver Coppard has a tough task ahead of him next week: he’s trying to unseat Deputy PM Nick Clegg as MP for Sheffield Hallam. 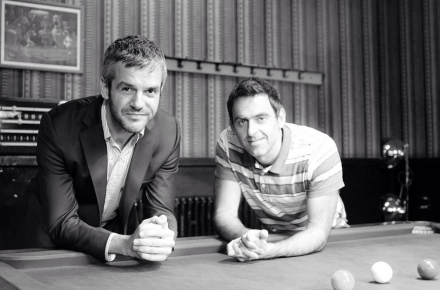 Despite the fact that the Labour candidate came 3rd place in 2010, the polls show Labour inching ahead, meaning that it’s a very close race.

In an effort to help Coppard into the Commons, snooker champion Ronnie O’Sullivan has formally endorsed him.

O’Sullivan has won five World Championships, five Masters, five UK Championship titles – he has 27 ranking titles.  He is also currently in the quarter finals of the snooker world championship, which are taking place in Sheffield’s Crucible Theatre.

“I’ve known Oliver for a few years and I know he’ll do a great job for Sheffield. He’s a down to earth guy who will make fighting for this great city his number one priority”.

The Labour candidate wrote on his Facebook page that he was pleased to get the endorsement of someone “who knows so much about winning in Sheffield”.