Meg Hillier has been elected as the new chair of the Public Accounts Committee, as Keith Vaz has held on to his position as chair of the Home Affairs Committee. 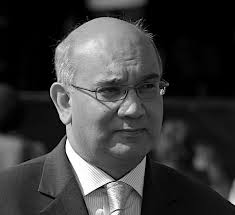 Today MPs from across all parties voted to elect chairs of the House of Commons departmental select committees. 27 of 35 committee chairs were up for election: 14 will be the Tories’, 11 Labour and 2 the SNP.

Hillier will be replacing Margaret Hodge, who announced she wasn’t standing for the position again last month. Meanwhile, Vaz who faced a challenged from his Fiona Mactaggart managed to hang on to this seat.

Here’s a rundown of which Labour MPs have got what jobs:

Public Accounts Committee – Meg Hillier elected. Margaret Hodge has served as chair for the past five years, scrutinising government spending. She earned much praise for her direct questioning style and announced she wouldn’t be seeking re=selection last month. Four Labour MPs were in the running for this high profile position: Helen Goodman, Meg Hillier, David Hanson and Gisela Stuart.

Home Affairs Committee – Keith Vaz held his position. Keith Vaz has been chair of this for since 2007. But he was challenged by Fiona Mactaggart, a former home office minister, who failed to secure number of votes she needed to win.

Work and Pensions Committee – Frank Field elected. This will be an important one, analysing the government’s welfare cuts and benefits’ sanctions. The people vying for this job were: Frank Field, former minister for welfare reform; Kate Green, Shadow Minister of State for Work and Pensions; and Teresa Pearce.

Business, Innovation and Skills Committee – Iain Wright elected. Adrian Bailey had been chair for the past five years but he was challenged by two other Labour MPs: Dr Roberta Blackman-Woods and Iain Wright. The latter of the two has managed to wrestle this title from Bailey.

Backbench Business Committee – Ian Mearns elected. Natascha Engel was chair during the last parliament. However, Mearns, Sarah Champion and Barry Sheerman ran for the position – with the MP from the North East winning.