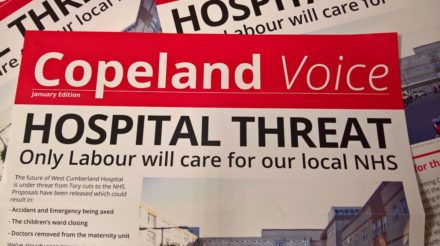 Labour members will pick a female candidate in Copeland after the party named three local women on its shortlist for the by-election.

Activists in the West Cumbria seat will be asked to choose between two councillors and a homeless expert when the final hustings is held next week.

The shortlist for candidates to defend Labour’s 2,564 majority is made up of Barbara Cannon, Rachel Holliday and Gillian Troughton but Thomas Docherty, a former MP with roots in Cumbria, missed out.

The longlist, which was revealed on LabourList yesterday, was today narrowed down to three names, which were published in the Whitehaven News, the local paper which covers the constituency.

Holliday is seen by some local members as the favourite and there is speculation that Jeremy Corbyn’s aides are enthusiastic about her entry into the race. She is the founder of Calderwood House hostel in Egremont and was named Cumbria’s woman of the year in 2015.

Docherty, the former Dunfermline and West Fife MP who grew up in Whitehaven, did not make it on to the shortlist despite his links to West Cumbria, which include a spell working at the old British Nuclear Fuels Ltd (BNFL) at Sellafield.

A spokesman for Labour declined to comment on the shortlist tonight.