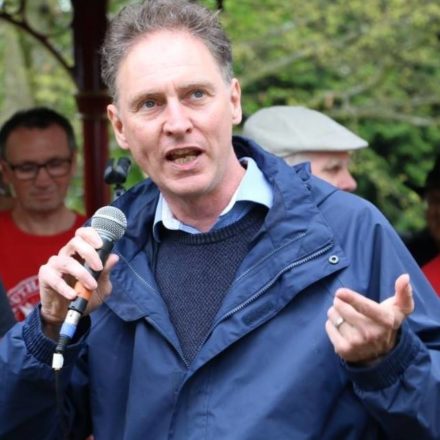 The Southampton council leader will be Labour’s parliamentary candidate in the most marginal Tory-Labour constituency in the country.

The full vote breakdown was as follows:

Simon Letts was the candidate in June 2017, when Labour narrowly missed out on gaining the seat. Incumbent Tory MP Royston Smith now has a majority of only 31 votes, and the ‘swing’ needed to take the seat is just 0.03 per cent.

He was congratulated on Twitter by Unite’s Jennie Formby, who is running to be the party’s next general secretary.

Congratulations Simon Letts @SotonCityBoss, selected as Labour’s PPC for Southampton Itchen, UK’s most marginal constituency. Looking forward to working with you to kick out Royston Smith, the sooner the better #JC4PM

There was originally some controversy over the shortlisting process. The branch meetings were at first postponed as not enough women had put in applications to satisfy party rules.

Local members were then given just three days’ notice of the branch nomination meetings, and some thought this disadvantaged other applicants.