I had just finished a virtual meeting with The House magazine to talk about Maureen Colquhoun, the first out lesbian MP, as part of this year’s LGBT history month celebrations when I heard that she had died aged 92. Maureen Colquhoun was a feminist and LGBT rights activist who also happened to be the first out lesbian in the House of Commons. She was Labour MP for Northampton North from February 1974 to May 1979, and she managed to pack more into her all-too-brief time in parliament than many achieve in a lifetime on the green benches.

Maureen joined the Labour Party in her teens and studied economics prior to pursuing her ambitions in politics. She was a politician unafraid to voice her opinions, a characteristic that promptly got her banned from speaking in committee during her time as one of only three Labour representatives on Shoreham Council. It seems the Tories who dominated the authority couldn’t abide this woman who dared to have views and kept insisting on voicing them.

Women were often treated like this in the 1970s and had to develop a very thick skin to deal with the rampant sexism all around them. Maureen certainly passed this test with flying colours. The attempt to silence her failed because she mobilised the support of many local women and protested until her gag was rescinded. Her tendency simply to fight and campaign against all injustice was honed here and stood her in good stead later on.

After failing to be elected for Tonbridge in 1970, Maureen was successful in the newly created constituency of Northampton North in February 1974. She began as she meant to go on, arguing for women’s pension equality and revealing the hardships that Ted Heath’s three-day week had inflicted on her constituents. She became immediately involved in the campaigning for women’s rights, embroiling herself in the many causes for which 1970s feminism became notorious.

It was while she was organising campaigning support for Barbara Castle’s landmark Sex Discrimination Act and fighting to amend the laws on abortion that Maureen met and fell in love with Barbara Todd, the co-editor of lesbian magazine Sappho. It was her decision to leave her then husband and children and move in with Todd that led to her being outed by the odious gossip columnist Nigel Dempster in the Daily Mail.

Maureen had never hidden her change in domestic arrangements, but finding herself on the front pages of the tabloids and her family harassed cannot have been easy or comfortable for her. Much prurient attention followed, and it led to her being challenged in her own constituency party. Whilst they denied that it had anything to do with her lesbianism, most strongly suspected that it did.

Homosexuality had after all only been legalised a decade earlier and three more decades were to pass before it became clear that public disapproval of LGBT people had been replaced by greater public acceptance. Maureen was deselected by her constituency party in March 1977 in a vote that was carried by 23 votes to 18. She immediately appealed to Labour’s national executive committee and was promptly reinstated.

During all this controversy, she continued fighting her feminist causes in parliament, introducing a balance of the sexes bill that would have ensured women had equal representation on all public bodies. She championed rights and protections for prostitutes; she was interested in environmentalism and human rights.

She also despaired of what she regarded as the reticence amongst the few Labour women who had made it into the Parliamentary Labour Party, complaining that she perceived in them “no willingness to dismantle the patriarchal society because many of them hadn’t heard of it”. Whilst she was impatient for radical change, I suspect they had realised, more than she was willing to admit, that politics is a team pursuit and you need allies to make progress. Charging impatiently at every obstacle can sometimes be counterproductive. Maureen lost her seat in the 1979 general election and never returned to the national stage.

I thought of her when I was contemplating coming out in 1998. I knew that her open lesbianism had certainly contributed to her losing her seat. But I knew that if that was the price I too had to pay for coming out then it would need to be paid. Years later, the journalist and feminist Lynda McDougall asked me if I had consulted Maureen before I made my decision. I told her I hadn’t.

Lynda then revealed that she had herself asked Maureen some years later what her advice to me would have been if I had asked. “I would’ve told her not to do it” was the reply. I think maybe Maureen underestimated the effect that her own pioneering bravery had. All of us in the ‘gayest parliament in the world’ owe her a great deal. 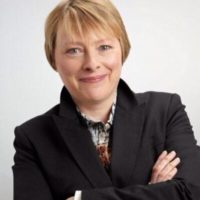