Following on from Jay Jackson’s piece for LabourList, in response to England’s latest deaths by drug poisoning data, the reality in Scotland is different – and even more tragic. Drug law is, of course, reserved to Westminster. In the drugs space, however, we have devolved powers in policing, justice and health.

Annual figures published by the National Records of Scotland (NRS) a few days before the English statistics were released showed that there were 1,330 deaths as a result of drug misuse in Scotland in 2021. The different terminologies used are interesting; indeed, the Scottish government also issues quarterly ‘suspected drug deaths’ numbers that are based upon reports from Police Scotland, the unitary policing authority for Scotland, using different indicators for a drugs-related death.

The NRS recorded 1,339 drug misuse deaths in 2020, the worst in Europe. When questioned on these numbers in 2021, SNP First Minister Nicola Sturgeon said “we took our eye off the ball” and “this is Scotland’s shame”. No, Nicola, it’s your shame – and it comes down fairly and squarely to the SNP and its failing and out-of-touch government.

Responding to the latest instalment of figures from the NRS this July, Sturgeon tweeted: “It is welcome that deaths in 2021 were slightly down on year before – and that year-on-year increase since 2013 has halted.” In March earlier this year, the independent Audit Scotland wrote of the SNP strategy that “there is a lack of drive and leadership by the Scottish government in the drugs and alcohol field”.

I am afraid I do not share what I believe is a hopeful take on reform found in Jay’s piece. Keir Starmer has shown no interest in reform. Indeed, he has constantly set his face against it. Perhaps we can have hope in the power of policy motions at the UK Labour Party’s annual conference next month?

We do have some hope in Scotland, though, with our leader Anas Sarwar showing an open mind. Social justice charity Cranstoun said: “On our trip to Holyrood [on June 30th 2022] we met with 33 MSPs and managed to secure the signatures of 29 MSPs pledging their support for the Cranstoun approach. Our public affairs briefing, Connecting the Dots, was warmly received across the parliament and continues to influence the political debate.”

In closing, LabourList readers might not be aware of Tory manoeuvres here in Scotland in the form of Scottish Conservative leader Douglas Ross’s right to recovery bill. I and many others more knowledgeable than me oppose it! 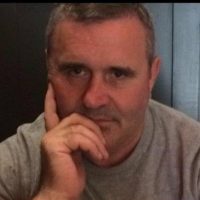 Douglas McBean is an ambassador for the Labour Campaign for Drug Policy Reform. He is based in Edinburgh and is a lay member of Holyrood's APPG on drugs and alcohol.

View all articles by Douglas McBean