There is a ferocious battle being played out around how we should interpret and understand the financial crisis and its consequences. And I am not talking about the crude and quite hysterical response to the budget in the Conservative press today. That we can safely ignore. No, it’s more than that. It’s about key economic issues, and it’s vital that we all grasp them, and fight the good fight on behalf of those who will be victims of orthodox economic ideology.

The orthodox storyline goes like this: the most momentous crisis facing the world is government debt – not economic failure and collapse; not the collapse of private investment; not financial instability, or deflation, or currency volatility or the threat of a dangerous rise in protectionism and a new global trade war. And certainly not the rise in unemployment. No, the biggest threat facing civilisation is the rise in government debt.

Today’s Financial Times spells out very clearly these lines of debate – and where the FT and its supporters in the Tory Party and City of London stand. Martin Wolf, a highly respected FT commentator, writes:

“Since the economy is substantially smaller than expected, the size of the state has to follow. The question is how and when.”

That’s it. No questions asked. The logic, it appears, is unassailable. The size of the state has to shrink.

Precisely the same logic was applied during the 1929 crash. The consequences then were deflation, economic failure, currency volatility, the rise of protectionism and trade wars, and of course a massive rise in unemployment.

I point you once again to my favoured chart. It’s one that should be pasted on the wall of every single Labour Party candidate’s election HQ.

Keynes (and Roosevelt) had proposed a different logic. To paraphrase:

“Since the economy is substantially smaller than expected, government must take action to re-boot the economy, and to stimulate economic activity – in both the public and private spheres. By re-booting the economy, government can expect to generate revenues – to pay for the re-booting.”

Of course they had never heard of the term re-booting, but that pretty much is what they argued, and what they went on to do. And it worked. Look at the chart and see what happens to government debt between 1933 and the start of the war in 1939. It falls, quite precipitously. That’s because economic activity generates tax revenues. Government spending pays for itself. Yesterday, the Chancellor was right to boast about the £11 billion fall in government borrowing: it was the direct result of the mini fiscal stimulus of last year. The improvement has come from tax receipts and the stimulus measures adopted, including the cut in VAT.

Regrettably it has not come from employment taxes. This demonstrates, nevertheless, that taxes are key to correcting the deficit, and that stimulus works in reducing the deficit. The remainder of the £11bn improvement has come from lower-than-anticipated gilt yields. In other words, the government paid less for its debt on the international markets than many – including FT writers – had predicted.

So much for: “cuts are needed to reassure financial markets and persuade them to lend to the government at lower rates of interest”. With those numbers Darling has seen off the deficit hawks in the Tory Party, the Institute of Fiscal Studies, the City and the BBC. He has been proved right: a little fiscal stimulus staved off even higher unemployment and bankruptcies – and helped stabilise the economy.

Today John Authers of the Financial Times interprets this fall in borrowing in this way:

“the government’s borrowing needs are somewhat lower than had been expected by the market (at £163 bn against expectations of about £185 bn) thanks to spending cuts.”

This is contradictory: on the one hand the FT complains that spending cuts are inadequate, on the other it argues that the fall in government borrowing is precisely due to spending cuts. Spending cuts vs stimulus.

The FT and the Tories are winning this argument, and the consequences for the Labour movement are dire. Because private sector investment continues to fall; because £46 billion was taken out of the economy last year; and because government is being brow-beaten into contributing to further falls in economic activity (by cutting spending) we can look forward to: rising unemployment, falling wages, rocketing bankruptcies and deflation (which increases the cost of debt). The numbers of those in full-time employment will continue to fall, and so will real wages.

This will lead to a loss of confidence in democratic institutions, to votes for those that promise to deal with the crisis by authoritarian means, and to social unrest. Regrettably, instead of using the better borrowing numbers as proof, and as a springboard for an even greater stimulus, the Chancellor yesterday began the process of fiercely turning down the public spending screw.

So, there is a great deal at stake in this ideological debate. Labour Party members must get stuck in. 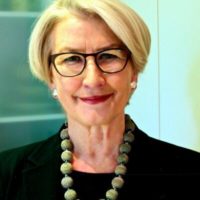