The main progressive political party in Britain for a hundred years has been Labour, which is distinguished from European socialist parties by its close and organic links with the trade unions. However, the core, traditional working-class electoral base of the party is insufficient to win a general election on its own, and therefore its politics have always been coalitional in both aspiration and reality.

The relationship between the Labour Party and trade unionism has historically set the boundaries to both left and right of what is encompassed by the labourist envelope. It has provided an institutional link with communities of solidarity, and aspirations for social justice; and it has provided the iconography and mythology of an historic and progressive social movement.

This framework of labourism has been subject to a number of major shifts in recent years. Firstly, there has been a cultural and economic shift within wider society, so that the language of traditional labourism has become less relevant to an increasingly heterogeneous and socially aspirational electorate. It is less and less likely that Labour could win a general election based upon the platform of the traditional left, and making appeals only to those who self-identify with the working class.

The tragedy of New Labour is that it grasped the idea of needing to build a coalition, and the need to recognise the social changes of modernity, but it thought that the way to do so was by triangulating around the socially conservative concerns of swing voters in marginal constituencies, dressing this up as progressive through spin and superficial modernity. Tony Blair brilliantly built a winning electoral coalition, but it was the wrong coalition.

The second important shift, has been the devaluing of the link with the trade unions within the party, which has therefore become more swayed by media-driven common sense, rather than listening to informed, expert opinion from the unions. Nevertheless, any transformation of Labour has been mediated by the degree to which the party still has an organic and structural link to the inherently social-democratic priorities of the trade unions. The requirements of trade unions to organise the actually existing workforce means that they have always needed to embrace modernity and the social and cultural changes in the working class, and to define the working class by their economic position not by their cultural attributes.

Blairism arose in response to two simultaneous political crises. The crisis of the revisionist right was that their radical agenda for combating inequality required economic growth and stability, conditions that no longer prevailed, and which were predicated upon a Keynesianism that had proved unworkable; and the even more acute crisis of the left was that their transformative economic and social agenda was perceived as being connected to too narrow a social base to win elections. The left lost the battle in the 1980s because they refused to budge on a political programme that was increasingly out of tune with the voters, and were unable to convince the party centre that they represented anything but a one-way ticket to oblivion.

Considerable effort has since been invested by the Blairites to establish ideological continuity between themselves and the traditional revisionists, and superficially, Blair’s emphasis on community and mutuality, divorced from any commitment to social ownership, is indeed resonant of traditional Labour revisionism.

However, Blair and Brown both accept the idea of market efficiency as ideologically neutral; and this therefore represents continuity with Thatcher in further dismantling the capacity of the state to intervene in the economy, and in degrading the traditional social-democratic institutions that produce a public service ethos and sustain communities of solidarity.

It is interesting to contrast Blair with the most authoritative statement of revisionism, Crosland’s The Future of Socialism. For Crosland, addressing the inequality of power that follows the inequality of wealth is a completely central concept; whereas for Blairism all individuals are regarded as citizens, and the horizons of government are only to remove obstacles to individual liberty and choice. To this extent Blair can be seen as a liberal outside labourism.

Labourism traditionally relied upon a collective ethos, which reflected the idea that society had a purpose, of eliminating injustice and inequality. Blair moved away from this when he argued that he would resist dogma, and steer a middle course between Thatcherism and traditional labourism. But here he was signally underestimating the degree to which Thatcherite individualism was not ‘dogma’, but a root and branch ideological, philosophical and political rejection of the ground that Labourism was built upon. And once New Labour accepted that individual liberty was best expressed by individual consumers interacting through the market, they lost faith in the power of government to directly provide services.

Instead of seeing the role of government as providing a collective sense of purpose and vision of an improved society, alongside practical help to alleviate poverty and restore dignity – a traditional labourist approach – New Labour stumbled from one wheeze to another. Everything became spin and news management.

Although Blairism strayed from the path, labourism exists independently from the Labour Party, particularly in the progressive, transformative power of trade unionism. These deep social roots have allowed labourism to be remarkably adaptive over the ages.

For labourism to progress again it needs to do three things. Firstly it must develop an alternative vision whereby society becomes the master of the economy not its servant, exercised through democratic forms of social ownership. Secondly, we need to build a progressive coalition that starts from recognition that the so called middle classes have largely the same economic and social interests as the traditional working classes. Thirdly, we need to recognise that in so far as the working class is defined by its position in the economy, then the trade unions inherently need to relate to people on the basis of their actual experience, and that the trade unions are modernising institutions that continually adapt to retain membership – and they need to be self-confident in pushing that modern trade union agenda into the political sphere.

Andy Newman is editor of the popular website Socialist Unity.

The unabridged version of this article is published in Soundings issue 44, Spring 2010. 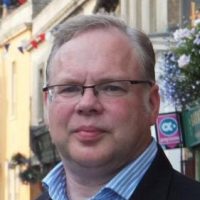 Andy Newman is a chartered engineer and technical director of the Gas Users Organisation. He is a GMB activist and stood as Labour's parliamentary candidate for Chippenham in 2015 and 2017.