Over the last week, the Liberal Democrat party has found itself in a position of unprecedented scrutiny in British politics. But the problem that many voters will face is working out how to scrutinise a party with no national record. You can look at their plans for government, and there’s plenty to go on there, but another thing you can do is to look at their record in their flagship local authorities, such as in Islington.

The Lib Dems took control in Islington at the end of 1999 following the death of a Labour Councillor. One of the first things their council did was engage in a series of slash-and-burn savage cuts to the public and voluntary sector in the borough. This cull included shutting down the popular Islington Irish Centre and a host of other community centres, as well as allowing a once thriving network of Citizens Advice Bureaus to slowly collapse. While the Labour government increased funding for boroughs like Islington from 2000, support for the community sector, adult education and housing estate advice offices were cut.

But the greatest failure of Liberal Democrats in Islington has been on housing. It breaks my heart when I meet some of the 13,000 people who are on Islington’s housing waiting list, thousands in overcrowded accommodation.

While the Town Hall Lib Dems talk a good game on housing, Shelter recently found Islington to be 216th out of 326 local authorities in meeting affordable housing need. Last year just 17% of new homes were classed as affordable in the borough despite the council’s target of 50%. Time and time again, Lib Dem councillors have voted to allow big developers to build more multi-million pound luxury apartment blocks and fewer homes for ordinary people.

Then there is their opposition to providing free school meals to all under-11s. In 2009, the Labour Group won the budget vote on Islington council after a Lib Dem defected to independent – denying them an absolute majority in the council chamber. Where universal free school meals have been tried, the policy has improved the health and education of children as more school pupils – including the poorest – eat a healthy meal. But instead of voting for this boost to health, they voted for higher councillor salaries and more money for Council PR.

The Labour amendment, which was passed 24 votes to 22, introduced a council tax discount for pensioners, free leisure classes in community centres for young people and free school meals for all primary school children. But the Liberal Democrats found themselves on the wrong side of progressive politics as they opposed these measures. In the end, it was Labour in Islington who prevailed, despite being in opposition, thanks to the vote of the former Lib Dem, now independent, councillor.

These are just a few of the Lib Dems’ policy failures in Islington, but the thing that sticks in the mind of those who have campaigned against Liberal Democrats is their willingness to get down into the mud and campaign dirty. Contrary to Nick Clegg’s friendly appearance in last week’s TV debates, the Liberal Democrats in Islington and elsewhere do not represent a change from those old ways at all.

In Islington, the dirty campaigns included a shameful episode of dog-whistle politics on gypsies and travellers that made it into the pages of the Guardian. Their record of relentless negative attacks on Emily Thornberry has led to them paying compensation and making public apologies on several occasions.

And in their quest to hoover up the votes of the political right, they even publish leaflets in Conservative blue and with endorsements from former members of the Tory Party.

Whatever the Liberal Democrats claim to be, it’s clear to me that in Islington they are not a progressive party. They are mean-spirited party who are willing to do whatever they have to in order to get elected.

In Islington, ten years has been enough. With many of their current councillors standing down disillusioned, and a local resurgence of both Labour and the Tories, Labour is fighting to win against the Lib Dems in Islington. If that happens, it will be the end of ten years where fairness took a backseat in our back yard. 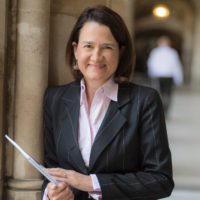