The recent riots starkly reminded everyone that society is nasty and brutish without order.

We all feel for those whose lives, homes, businesses and safety were so viciously ended or damaged.

Another party leader spoke some years back about antisocial behaviour but it applies today. He said “Understanding the background, the reasons, the causes. It doesn’t mean excusing crime but it will help us tackle it.” That was David Cameron in 2006.

My sympathies are with the victims and we need a strong police operation to deter further violence. This also places a big question mark over the wisdom of deep policing cuts. But we should avoid knee-jerk solutions that may worsen things – such as suggestions that people involved in the violence, and their families, be evicted from social housing.

Such people can then be shipped to neighboroughing boroughs where they don’t want to be and to which they have no affinity. I raised the issue with the Prime Minister in last week’s emergency debate because I have bitter personal experience of this in the North East.

I recall when undesirables were foisted on former mining communities that were already struggling and they completely destroyed the area with drugs, petty crime and anti-social behaviour. Hundreds of houses in my old village became no-go areas and ultimately the council had to buy them and pull them down.

The Prime Minister promised me a meeting with the housing minister. I shall pursue this issue with vigour and press for the due process of the law to be applied.

The terrible events on our streets require considered solutions not panicked gimmicks and public relations that reveal weakness and flip-flops by the dozen. Strong leadership is required to retrieve our reputation – and law and order. 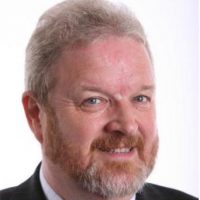