After a quick fire selection process, Labour’s candidate for the Bradford West by-election was selected this evening by local members from a shortlist of seven.

The candidate for the by-election will be Imran Hussain – congratulations to them, and commiserations to the other candidates. A biography for Imran can be found below.

Update: We understand that Hussain won in the first round with 233 votes.

Imran Hussain – Cllr Imran Hussain represents Toller Ward in Bradford West and is Deputy Leader of Bradford Council. Imran was born, raised and has lived in Bradford West all his life. For the last 10 years he has been Chair of Bradford West Constituency Party and joined the Labour Party at 17. He qualified as a barrister at the Honourable Society of Lincolns Inn, London and, from 2003, worked mainly as a criminal defence lawyer. Imran also played a key role in ensuring that the English Defence League demonstration in Bradford in August 2010 was contained and ran a high visibility public campaign against the EDL. Imran is supported by all 12 of his Cllr colleagues in Bradford West. 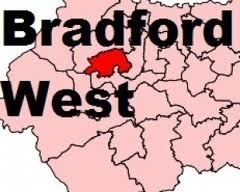