I can only assume that the usually solid Mark Ferguson has been living the high life surrounded by the great and good of Labour politics for a little too long judging by his scandalous suggestion that the Labour Party should abolish the party conference.

His central point seems to be that conference has had its day because he cant really understand what it’s now all about? I’m an unashamed conference devotee, and whilst I’m less star struck than I was when I first attended (being an MP does that to you) I think conference still plays a key role in the party, so long as we are clear what it really is all about.

It’s about.. Meeting your heroes. My first conference was Manchester 2008. I can still remember what a thrill it was to attend fringe events, listen to debates, question and speak briefly to political luminaries like Alan Johnson, Ed Miliband and Yvette Cooper. I remember chatting to Andy Burnham about Football, making John Cruddas a cup of tea and even dancing (sort of) with Stephen Twigg. I gave John Prescott a supportive heckle before he did an interview and met Neil Kinnock, Eddie Izzard and Dennis Skinner. I was in the ‘Audience with James Purnell’ and said ‘great speech Gordon’ to the leader as he walked back to his hotel . For the vast majority of the party that week is the time when the politicians stop being remote figures on the telly and become real people and that’s really important.

It’s about …meeting normal people who are into politics. Constituency Labour Parties come in all shapes and sizes but in my experience outside of London they generally lack a little razzmatazz. Branch meetings can be poorly attended and even (dare I say it) lack excitement on occasion. At conference you meet interesting people from all over the country, from different backgrounds who all share a common interest in the party.

It’s about … excitement. Being a party activist is not a glamorous hobby on the whole, but for 1 week of the year you are where the news is. You meet famous figures from the world of politics and hear the news reporters giving their daily despatches. You see moments that live long in the memory, live. Who could forget Mandelson’s ‘if I can come back, we can come back’, 16 year old Rory Weal last year or the Bill Clinton speech at Blackpool. Conference is more froth than substance but don’t we all deserve a bit of cream on the cake from time to time?

It’s about …talking politics Of course Mark is right that there is little substantive decision making done at conference. There is little chance of swinging a vote with an inspirational speech, but that doesn’t mean that we don’t talk politics. Conference is a great opportunity to attend fringe events and put (Shadow) Ministers on the spot. If you don’t like the answer you can even grab them afterwards and continue to press your point. A determined delegate will make sure the normally remote cabinet minister is very much aware of the strength of their feeling on an issue at Conference.

It’s about… hearing our message. How many times have party members said that they don’t think the party is ‘getting its message across’? Activists are a key part of getting that message across. By listening to the big setpiece speeches, not just the leader’s but from a variety of ministers and from speeches and Q and A’s at fringe events, party members actually get to learn more about our position on policy and the current thinking of ministerial teams than they would if they read every newspaper printed every day for a year. It’s also not just about passing on policy background for the sake of campaigning but because it’s vital that our membership are motivated and engaged, hopefully if they know what we stand for, they will be more likely to feel like that.

It’s about… profile. None of us will be in any doubt how difficult it is for Labour politicians to get heard in opposition. The BBC routinely conduct Lib Dem/ Tory debates as though that is balance, and the right wing press will do us no favours. For one week of the year it is impossible to ignore us, and whilst the coverage might be greater amongst the papers that have less readers it is still true that the column inches we get during conference week will be far more than we will in almost any other week of the year.

It’s about …leadership. We all know that increasingly political parties are judged on the strength of the leadership. Ed Miliband has proved many of his doubters in the media wrong this year, but conference still provides a great opportunity to show the wider country who he is and what he is capable of. His speech doesn’t just give a lead about the policy values that will drive a Miliband premiership but they also give the wider public a chance to evaluate whether they can see him as a future PM. Giving up that opportunity would be as close to suicide as an opposition party gets.

It’s about… Money. As you can see, I don’t believe that the purpose of conference is just about money. But that isn’t to underestimate the importance of it in those terms either. Our party is at a huge disadvantage financially against the Conservatives because quite simply they have a fair number of members who will donate the equivalent of 8,000 full price Labour membership fees. Far from having the luxury of stopping doing things that generate cash we should be looking at every possible opportunity to bring money in. I accept Peter Watt’s advice that the money making potential of conference can be over stated, he has been better placed than me to know that, but by any account it is an important contributor to the party coffers.

So lets celebrate conference for what it is. It’s a chance to connect as a Labour family, it’s a chance to hold our politicians to account and spot the stars of the future; it’s a chance to get our message heard and build up our meagre cash reserves; it’s a chance to hear great speeches from unheralded party members and see a human side of people we never really new; it’s about making connections with other party members and learning more about what other local parties are doing; it’s about reminding ourselves why we do politics and hopefully getting some enjoyment and excitement out of it. It’s about saluting our leader and showing him off to the rest of the country, and this year at a time when the country needs the Labour Party to provide an alternative like never before, it’s about taking another step towards power; about showing the strides we have made as a party and as a movement.

If that’s not worth coming together for, I don’t know what is. 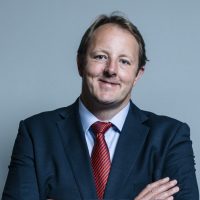 Toby Perkins is MP for Chesterfield and shadow minister for skills and further education.