Labour would risk losing as much support as it would gain by backing Tory spending plans – that’s the message from the latest question from the LabourList/Survation survey. 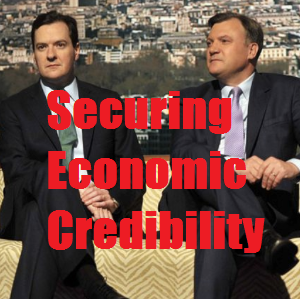 This question is the second in a set of polling data which we’ll be revealing each day this week on LabourList, as we seek to find a way towards “Securing Economic Credibility” for the party in a way that is also true to Labour values and electorally viable.

In the hours since Ed Balls made his speech to Reuters, several journalists have sought to suggest that the Labour Party has already signed up to Osborne’s cuts after 2015. This is not the case. What Ed Balls said in his Reuters speech – and followed up on LabourList – was that Labour would inherit Osborne’s budget plans and that this would have to be the starting point for Labour in 2015 – that’s just a statement of fact.

However he was also very clear that the taps of spending won’t be turned on in 2015 – there will clearly be further cuts to come. That, he feels, is proof that he will handle the economy with “iron discipline”.

In short, the vast majority of voters say that backing Tory spending plans would have no impact on their likelihood to vote Labour, the group most enthusiastic about doing so are already voting Labour, and for every person who says that they would be more likely to back Labour under such circumstances, a similar number say they’d be less likely.

The Labour Party would evidently gain little out of backing Tory spending plans. Apart from the fact that politically it would be disastrous (going into an election saying that we agree entirely with the Tories is hardly likely to be a vote winner) it’s clear that there isn’t the desire from the public for such a decision.

Whilst it’s clear that Labour needs to improve in terms of economic credibility – yesterday’s polling showing the public’s lack of trust in the party made that clear – apeing the Tories isn’t going to provide that credibility or boost our support. Instead, Labour must craft a different vision for what a Labour-led economy might look like. Over the rest of the week, we’ll be taking a look at what that might look like, and how popular (or unpopular) that might be.

Survation interviewed 1,121 adults aged 18 and over via online panel on May 24th 2013. The results have been weighted to the profile of all adults, and the data for the question referred to in this post can be found here