So Jack Straw has written that Labour “messed up” by allowing large numbers of people from Eastern Europe to come to Britain over the last decade. And in purely numerical terms at least, they sure did mess up – the predictions were for 13,000 people a year coming into the UK from the newly-joined EU countries, the actual total was more like ten times that. Straw went on to note that EU immigrants have been proven to have a positive impact on our economy – but funnily enough that has been overlooked in the national press coverage.

Indeed, the Daily Mail are unsurprisingly cock-a-hoop at Straw’s remarks, stating that:

“His comments are the furthest any senior Labour figure has gone in accepting the party made serious errors in immigration policy during its time in power.”

Except that’s not really true. A senior Labour figure made all of the following comments 8 months ago:

“One of the things we didn’t get right was immigration.”

“People can lose out if migration isn’t properly managed.”

“we were wrong in the past when we dismissed people’s concerns.”

“Low skilled migration has been too high and we need to bring it down – that means the maximum transitional controls for the new countries coming in from Eastern Europe.”

And who was that senior Labour figure? None other than Ed Miliband. And where did he make these comments? Were they buried deep in a speech or made at an obscure conference? No – they were part of a Party Political Broadcast which was explicitly on immigration. 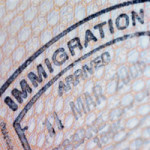 You see, one of the problems with Labour “apologising” for immigration or “admitting mistakes” is that no-one ever really remembers. Immigration is one of those issues on which it’s hard-wired into the public imagination that we are “soft” on immigration. And no amount of tough-talking rhetoric in the New Labour years or factual analysis from academics about the benefits of immigration has helped our case a jot.

What it would actually take from the Labour Party to believe that we are “tough on immigration” doesn’t bear thinking about – it’d certainly be so “tough” it’d alienate many of those who vote for us already.

We need to accept that immigration just isn’t an issue that Labour are going to win on any time soon, and expending a large amount of energy on it only serves to allow the Tories/UKIP to define the terms of debate, whilst wasting airtime making apologies that no-one listens to.

Ed Miliband has seen recently what can be achieved when you make the debate about Labour’s positive vision for Britain, rather than adhering to the Cameron/Crosby “Broken Britain” narrative. He’s apologised on immigration – and no-one noticed/cared. It’s time for him to move onto issues on which Labour can actually win – because it’s clear that if the next election is a referendum on immigration, we’ll lose.