Simon Stevens is not a household name – I suspect many of you won’t have heard of him or indeed know what he does. But don’t be fooled by his low profile, he is possibly the most important person in England today.

Simon Stevens is the new Chief Executive of the NHS. Later today he will give his first public speech where he will set out his vision and the direction he intends taking the NHS in the coming years. For the millions of patients who use the NHS, and the dedicated health workers who day in and day out provide world class healthcare, this will be his first opportunity to reassure them that the free market zeal he has shown while running the US’s largest private health care provider is not the prescription or the cure for the UK’s National Health Service.

Based on Stevens’ track record there is good reason for those who cherish the NHS to be very worried. Stevens has been schooled in the US private healthcare system, he knows how to turn a profit from almost any illness and when it comes to ethics, there was almost no ruse his company United Health wouldn’t or didn’t try to make a quick buck.

While Stevens’ was Executive Vice President of United Health, the company was fined  millions of pounds for fraudulently inflating costs. They were even fined for overcharging Medicare, the public healthcare insurance for America’s most vulnerable. Over and over again United Health has been found to be doing right for themselves by doing wrong by those who need help the most – the sick and the vulnerable.

By 2009 Stevens was promoted and became President of Global Health and it was at that time the American health giant made its first foray into the UK health system, winning the contract to run three GP surgeries in London. Within months the quality of service began to fall and patients started to leave the surgeries. Then just over a year after they won the contracts United Health sold them on to a third party, another private supplier, without informing the patients, clinical staff or the local NHS.

It’s easy to see why the government, who have written into law large scale privatisation of the health service, would want him as the chief executive of the NHS. He is a man who has built his career calculating the bottom line on a thousand hip replacements.

There’s another reason why Jeremy Hunt and David Cameron will be happy with their choice of Stevens and that is the new NHS Chief’s campaign to open NHS services to US firms. Under a proposed UK US trade agreement known as TTIP, Simon Stevens has been the chief driver of a clause in the agreement that will allow US based firms to bid for UK public sector contacts, including in the NHS. That means in the coming years the NHS could be forced to put out to tender clinical services to US private health providers or face legal action, perhaps even from the providers that Stevens himself once worked for.

The values and principles that the NHS was founded on and that have guided it through six decades, irrespective of the government, have been abandoned. Whole swathes of the NHS are being sold off to the lowest bidder; from cancer care to pathology, from mental health to GP practices, over 10 per cent of the NHS has been sold off and there’s even more to come. Not even the free-market fanatics of the Thatcher era would have dreamed or even dared doing this to the UK’s most cherished public service.

An NHS for the 21st century needs more investment, not less. Where patients are not left to the mercy of a competitive market where services are sold to the lowest bidder. We are not playing politics when we accuse this government of trying to sell-off the NHS on the cheap because that is exactly what is happening.

If Simon Stevens and his political masters think that the answer is to stick a price tag and a bar code on any service provided by the NHS then I suggest they look at the recent election results. In areas like Hammersmith and Fulham where they have attempted to reduce the quality and scale of local NHS services they took a hammering in the ballot box. Local communities are making clear they will not stand by and watch the NHS being sold off and destroyed – Mr Stevens you meddle with our NHS at your peril. 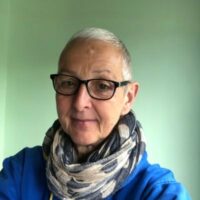