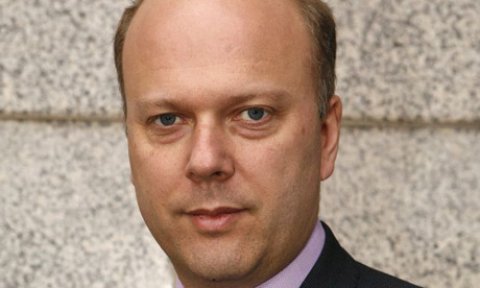 You know that a Cabinet Minister’s speech has no positive message when the Tory Press Office Twitter account bothers to livetweet it.And that’s exactly what happened with Justice Secretary Chris Grayling’s attack on Labour spending plans this morning. No, we don’t they got him to do it either.

The speech itself was standard fare: lots of attacks on trade unions dressed up as economic commentary. What was interesting was that while he was giving it, the Ministry of Justice released figures showing just what a bad job he’s doing. The safety of prisoners is getting worse in almost every way imaginable.

Deaths in custody have risen by a shocking 24% in a year, while the number of suicides rose by 69%. In male prisons there were more instances of self-harm, assaults, serious assaults and assaults on staff than the previous year. And yet Grayling has the gall to say other people are doing a bad job.

“With the Conservative’s handling of the justice system increasingly mired in chaos, Chris Grayling should be spending his time getting grip of his failing department rather than using every trick in the book to try and distract people away from how bad things have got on their watch.”