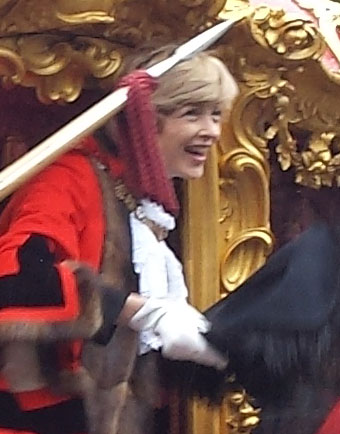 Over the last few months my constituents and I have been left reeling by the shocking details of prolonged and violent sexual abuse of children in our community.  Although I have worked on issues around sexual abuse since my election in November 2012, the depravity revealed by Alexis Jay in her report have shaken me and many others to the core.

Working on child sexual exploitation gives you a shocking insight into a complex, harrowing underworld of power, corruption, manipulation and neglect.  The scale of abuse is terrifying and the level of trauma inflicted on the victims is unimaginable.  What has shocked me the most, however, is the consistency with which victims are discarded and overlooked: not only by the abusers, but by the authorities that should be fighting for them.  Thus, the abuse is perpetuated by the very people who should be stopping it in its tracks.  This happened in Rotherham, just as it happened in Rochdale, in Oxfordshire, in the BBC, in Welsh care homes and some religious institutions.  Even more horrifyingly, the abusers were sometimes those same people in authority.

It was right for the Government, after much debate and lobbying by victims and the opposition, to agree to a far reaching inquiry into how institutions have let victims down and allowed the abuse to flourish.  It was also right that the original Chair, Dame Butler-Sloss, stepped down in recognition of public concern over a potential family conflict of interest.  The newly appointed Chair, Fiona Woolf, has also now stepped down, and it is clear from my experience and through talking to many, many victims, that this too was the right decision for her.  Why?  Because the Chair of this inquiry needed to have a background in child abuse, or at least children’s services. Equally importantly, they needed to be demonstrably independent from the establishment and anyone material to the inquiry, so that the victims believe the appointment to be credible.  Sadly Fiona Woolf could not fulfil these criteria.

Fiona Woolf has shown dignity and courage in stepping down, and a determination to get this inquiry right for the victims above all else.  Whilst I’m sure that Fiona Woolf is a lovely woman and a superb lawyer, she should never have been appointed as the Chair of this inquiry. In any other situation she may cut muster, but the fact that she was appointed to this particular inquiry shows the Government’s naivety around the complexities of this field.  There is a complete lack of awareness of the understandable cynicism of victims, who have been let down time and again.

For me the issue is very straight forward: the victims’ views must be at the centre of any inquiry, and the victims are very clear that they did not want Fiona Woolf.  Now that she has taken the decision to step down, the Government needs to get its act together and make a new appointment that accounts for the needs of the victims, or this hugely important inquiry will always be seen as an establishment cover-up.  For the victims’ sake, we cannot afford for that to be the case.

Sarah Champion is MP for Rotherham.  Before her by-election victory in November 2012 she was CEO of the local children’s hospice. Champion chaired a parliamentary inquiry into child sexual exploitation this year and is Chair of the All Party Parliamentary Group for victims and witnesses of crime.