Everyone who cares about our woodlands and forests will remember the last five years as a fight to protect this most important part of our landscape, described by Bishop James as “nature’s playground for the adventurous, museum for the curious, hospital for the stressed, cathedral for the spiritual and livelihood for the entrepreneur”. First, we had to fight to see off the Public Bodies Bill and with it the threat of the sale of our Public Forest Estate. Next we had to convince the government of the need to ensure the Infrastructure Bill didn’t make any future sell-offs possible. Neither were easy and I’m proud of the achievement of campaigners up and down the country, but especially Hands off our Forest (HOOF) in the Forest of Dean, who were my local catalyst for action. Yesterday, Maria Eagle laid out a plan to ensure that foresters remember the next five years very differently.

Maria’s speech sits in a proud tradition of Labour protection for our forests and woodlands typified by the 1949 National Parks and Access to the Countryside Act. The plan is to defend the forests from any future Tory sell off and keep them in public ownership, to protect and improve wildlife habitats and green spaces by building on the work of the Natural Capital Committee, and defend EU directives that aim to give us cleaner air and beaches, as well as richer wildlife. 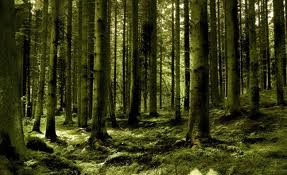 This is vital, as the last few years have not just seen an attack on forests, but a general degradation of the environment around us. In September last year the Environmental Audit Committee said that across a whole range of measures, including forests, flood protection, air pollution and biodiversity, this government has either made unsatisfactory progress or seen conditions worsen. This has a very real effect, and anyone who has seen someone suffer from respiratory illnesses, or had to bail out their home after severe flooding, will know just how important it is to get this right.

People in the Forest of Dean want to see it protected from attempts to take it out of the hands of foresters and hand it to the private sector. But as HOOF have shown, the government’s plans would mean a watering down of the recommendations of the Independent Panel on Forestry.

That panel was set up in the wake of the government’s misguided sell-off attempt in the Public Bodies Bill, and proposed “that the public forest estate should remain in public ownership and be defined in statute as land held in trust for the nation”. Despite the government’s warm words about sharing the vision of the panel, it has not taken action. Maria Eagle said today that she’ll take it “as our inspiration” and in doing so illustrates that she shares the vision of Foresters.

“The increasing nervous strain of life it makes it all the more necessary that we should be able to enjoy the peace and spiritual refreshment which only contact with nature can give.” What Lewis Silkin said when introducing the National Parks and Access to the Countryside Act 1949 is as true now as it was then. It will be up to a new government and a new generation to follow through with protecting our forests and natural environment so that we too can enjoy the same peace and spiritual refreshment.

View all articles by Jan Royall