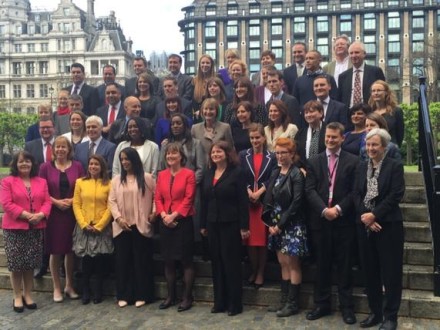 Labour have a higher proportion of women and minority ethnic MPs than before thanks to their latest intake. 53 new Labour MPs were elected last week, of which 65% are women, and 15% are from black, Asian or minority ethnic (BAME) backgrounds.

That means that 99 Labour MPs are women – 42% of the Parliamentary Labour Party (PLP). This is a rise from 81 in 2010 (particularly impressive given the number of seats Labour lost), but is still just shy of the 101 women MPs Labour had in 1997. The Tories returned more women than ever before to the Commons, but at 68 is still a far smaller number than Labour has seen over the past two decades.

Below you can see a list of the new MPs, who posed for a picture with acting leader Harriet Harman outside Parliament earlier today.