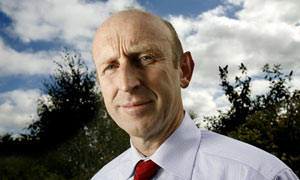 In September 2010 I sent an open memo on the real ‘middle Britain’ to each of Labour’s then candidates for Leader. And LabourList published it.

Today I am reissuing my memo, word-for-word as it was five years ago with only the figures updated. I am again sending it to our wannabe Labour Leaders as a warning against any false distinction between traditional and aspirational voters or chasing centre ground Britain without properly understanding the people we have to convince to swing behind us again.

TO: Labour’s next Leader

You may remember that over the last year in cabinet discussions I have talked about Britain’s “squeezed middle” – more than 6 million working-age families with an annual income between £18,500 and £33,000; 17 million people in households working hard for low and modest wages.

This is the “just coping” class in Britain today. The recession hit them hard and is still taking its toll, with many still not getting the regular hours, pay or extras lost during the financial crisis. They do the ordinary jobs we all rely on – IT workers, HGV drivers, joiners, warehouse managers, lab technicians, nurses, teaching assistants, call centre supervisors, shop staff. They are the backbone of the British economy and heart of our public services. They can least afford the cuts the Conservative-led government plan to tax credits, child benefit, childcare and savings support.

– commission each of your new shadow secretaries of state to incorporate the squeezed middle into fresh policy formulation, with particular priority in housing, skills, workplace, childcare and savings support.

Our Labour concern for social fairness, drive for economic strength and self-interest in electoral success all demand we recognise more clearly Britain’s real middle – this one third of the population who manage with a household income either side of the UK’s £23,700 median.

The task of juggling money week-to-week is a constant pressure. The Resolution Foundation reports over a quarter say they usually run out of money each month and half have problems paying bills and credit commitments. Housing, utilities and food are big weekly costs. Unexpected bills for a vet, dentist or new washing machine drive people to use credit to tide them over, as the majority have no savings or less than £1500 in the bank to fall back on.

The squeezed middle seem stuck in no man’s land. Too poor to get the best from the market, too well off to claim much in state benefits. Often not wealthy enough to get a mortgage, not sufficiently vulnerable for social housing.

We too easily allow a mobile, metropolitan class to skew our understanding of society. Too many of those in the media, political and public policy world take people earning 40 or 50 thousand pounds or more as typical of “the middle”. The real squeezed middle are overlooked by the press, and overlooked by the modern Right.

Britain’s real middle found their voice with Labour in the 1990s but no longer recognised themselves in what we said and did a decade later. Even on the Left, real middle earners are often overlooked in arguments for a principled but narrow focus on the plight of the most vulnerable. This is necessary but it is not sufficient for Labour.

Equally, debate simply about social mobility captures the ambition to move up and away but does not respect the aspiration for improvement through stability, security and community.

The writer Julian Baggini spent six months in Bramley, in my Rotherham constituency, because surveys and statistics suggested it represented average England – the “Everytown” that became the title of his book about his experiences. What began as an exercise questioning the limits of people’s ambition and sense of community, ended with establishing that their apparently hard exterior hides genuine aspiration for their kids, determination to provide for their family and commitment to their local town.

We must speak up for and support people’s ambition for a better life within their community and for their community. If we only view aspiration through a lens of social mobility we risk seeing people’s goal in life as a single desire to move to somewhere or something better. And we show we’re simply not in touch with them.

This clear focus on working people in the real middle slices through the narrow Labour debate that caricatures a mutually excluding choice: core vote or middle England? At best these have been clichés for campaign strategy. At worst these have been the shorthand with which internal battles have been fought. Either way, this debate is a political cul-de-sac that fails to grasp what day-to-day life is like for millions of working people.

My case for change is not just a concern for greater social justice or a call for fresh policy thinking, though it is both. Britain’s real middle, hit hard during recession and still squeezed and insecure during this weak economic recovery, is critical to Labour politically.

As voters, the real middle overwhelmingly turned to us and turned out for us in 1997, with twice as many voting Labour as Tory. They largely stuck with us in 2001 but by 2010 almost one third more voted Tory than Labour, and one in six that voted in 1997 simply didn’t vote at all (according to Ipsos-Mori). And 2015 saw next to no improvement for Labour on 2010.

We have only ever won power when Britain’s middle third has been with us. So we have to win them back to politics and back to Labour by demonstrating we recognise and can respond to their concerns.

You should ban the terms “core vote” and “middle England” in shadow cabinet discussions, as part of an overhaul of our Labour language and political strategy.

You should make income insecurity as great a Labour concern as income inequality and charge your new shadow secretaries of state at DCLG, DWP, BIS and Treasury to produce a joint analysis of financial and workplace insecurity as the new basis for policy and political campaigning.

You should recognise the urgency for you and the shadow cabinet to determine the policy areas in which Labour must make the greatest efforts to oppose the new government, and give high priority to those plans that hit real middle Britain hardest.

You should commission each of your new shadow secretaries of state to incorporate the squeezed middle into fresh policy formulation, with particular priority in housing, skills, workplace, childcare and savings support. The new government plans savage cutbacks in opportunity and funding in all these and other areas which will make life very much harder for those who are now just coping.

The months ahead of us are therefore a period in which Labour can and must become again the voice and champion for Britain’s working people in the middle.