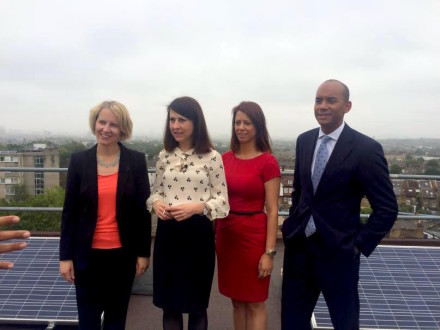 Chuka Umunna has hit back at the suggestion that he is organising a “resistance” among Labour MPs in case Jeremy Corbyn becomes leader. Umunna recently set up a Parliamentary Labour Party group with Tristram Hunt, called ‘Labour for the Common Good’, as a place for MPs to discuss problems the party and country face, and ideas on how to solve them.

In an email to Labour MPs, Umunna and Hunt said that they wanted the group to be “as inclusive as possible” and concentrate on aiming to “focus on key questions we all agree need answering”, with the first meeting scheduled for September 8th – just days before the new leader is elected.

However, the fact that the letter (which you can read in full here) highlighted the need for “political and intellectual mobilisation” from “moderates” led many to believe it was the beginning of anti-Corbyn plots in Parliament.

At an Andy Burnham campaign event last night, John Prescott accused the two MPs of disloyalty and, in a reference to the SDP split of 1981, dubbed them the “gang of two”.

Umunna has attempted to clear the air today, describing the rumours as “overblown” and “ridiculous”, and called for “a bit of calm” before the result of the leadership contest is announced. Dismissing the stories, he said that a split or a coup is “completely out of the question”.

LabourList understands that while Umunna and Hunt have pushed forward with forming the group, it may be chaired and run by other MPs – and they are keen to stress the diversity of those who have already signed up, with MPs from all over the country and who nominated each of the leadership candidates attending the first meeting. However, the Shadow Business Secretary also said that everyone involved has “a strong record of loyally voting with the Labour whip”, which rules out many of Corbyn’s closest allies.

Responding to stories about the group, Umunna said:

“The speculation around this group is totally overblown and getting quite ridiculous.  I think generally we could do with a bit of calm pending the result. There is just one “gang” as far as I’m concerned and that is the Labour Party – end of story.  As I said publicly several weeks ago, a split of our party – which has always been a broad church – is completely out of the question and would be totally counter-productive, as is any talk of a coup after we learn of the result. I also said it is important that whatever the result of this contest, we all pull behind whoever wins regardless of the successful candidate.

However, the debate about the future direction of the party does not start and end with the leadership contest.  The Parliamentary Labour Party, like other parties in the House of Commons, has a rich tradition of different groups that contribute to policy debate on how we translate our values into practice. Jon Trickett used to convene the Compass group of Labour MPs, John McDonnell convenes the Campaign group of MPs, and there are numerous trade union groups of Labour MPs which have all rightly sought to do this too. So the Common Good group of Labour MPs simply follows in that tradition.

I hear the Common Good group has been dubbed the “resistance” to a particular candidate when nothing could be further from the truth, not least because we do not yet know who the new leader will be. In fact, MPs who have nominated all of the leadership candidates have agreed to be part of the group, which includes opinion from across the Labour spectrum. It is also worth adding that the MPs involved are all people who have a strong record of loyally voting with the Labour whip.

The biggest challenge facing not just the Labour Party but centre-left parties across the Western world is how to build a fairer, more equal world in the context of globalisation and the surge of technological forces that are displacing and reshaping industry after industry – there has been insufficient discussion of this in the party.  The primary aim of the group is to give Labour MPs a forum to discuss this – I cannot believe people are seriously suggesting we should shut down and muzzle debate once we have a new leader.”