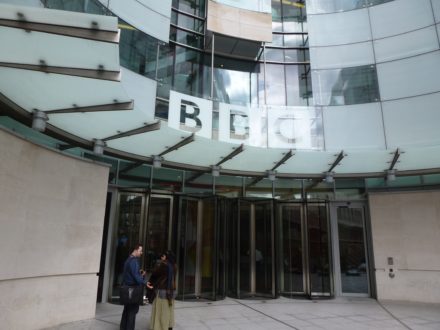 Labour today hailed a Tory u-turn on the “most extreme” elements of their reform package for the BBC – but concerns remain that much of the plan is “a ticking time bomb”.

Under-fire Culture Secretary John Whittingdale revealed details of a white paper on the broadcaster’s future, showing he has rowed back on some expected reforms.

Maria Eagle, shadow Culture Secretary, and founder of the Great BBC campaign Lord Alli have said they still have concerns about the proposals.

Eagle, who responded to Whittingdale’s statement in the Commons this morning, defended the BBC as “one of the UK’s most successful and loved institutions” and accused the Tories of wanting to “influence the BBC’s editorial decision making”.

Labour peer Alli said that the white paper represented a realisation that the Conservatives could not pursue their BBC agenda publicly and were trying to do so “covertly”.

Responding to the white paper on the BBC Charter, Eagle said:

“The Tories have been forced to backtrack on many of their most extreme proposals for the BBC because they were out of step with the overwhelming majority of the public.

“We know that John Whittingdale is hostile to the BBC, and there is still much in this White Paper which falls short of the three tests Labour has set on editorial independence, financial independence, and the BBC’s core mission.

“There are still real concerns that the Government will seek to influence the BBC’s editorial decision making, and that the broadcaster will come under undue political interference as a result.

“The BBC is one of the UK’s most successful and loved institutions. The public have said time and time again that they value the BBC’s independence, and that they want it to carry on making the programmes we all enjoy.”

She also called for the proposals to be debated and voted on in the Commons, a move backed by the Great BBC campaign.

Alli also welcomed the climbdown on some areas of reform but said the plans still represent a “ticking time bomb” for the BBC.

“John Whittingdale has been forced to back down on some of his wilder proposals but throughout this process he has shown himself to be ideologically committed to undermining the BBC,” he said.

“He has not been allowed to pursue that agenda overtly but this White Paper is doing so covertly. And, while this may not destroy public service broadcasting immediately, it is only right to warn how this can do real and lasting damage the long term.

“Indeed, in my view, this is a ticking time bomb under the BBC.”

He added that the white paper does not address his concerns from a cross-party group, saying:

“This week, along with peers from the Conservative and Liberal Democrat parties, I set out three key tests against which the White Paper should be judged – independence, the licence fee and core mission.

“On each of those tests, there are serious grounds for concern in the future. To take each of the in turn:

“On independence, the Government is still intent on appointing many of the non-executive directors of an all-powerful new board while insisting on a ‘break clause’ which allows it to review the new charter after five years and leave broadcasters fearing ministerial sanction in every parliament. These are steps towards a state broadcaster, not a public service broadcaster.

“On the licence fee, the Government wants to create a contestable fund for which commercial rivals can bid for. This is a dangerous precedent which, coming hard on the heels of the £650m raid last autumn, will damage the BBC and the interests of viewers.

“On core mission of informing, educating and entertaining the whole country, the Government wants to re-write Reith’s principles to include ‘distinctiveness,’ limiting its capacity to compete directly with commercial rivals – and preventing people watching programmes they love when they want to watch them. This will damage the BBC’s ratings and make it harder to justify the licence fee in future reviews.

“All these changes have potential to damage this precious national asset that parliament should be given a voice – and a vote as soon as possible.”