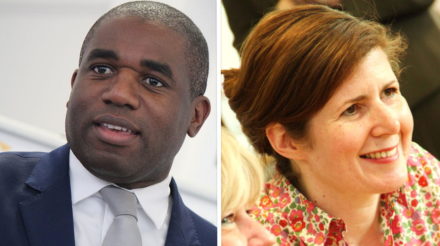 Over three million children in the UK now grow up in a single parent family and the number of single parents has increased by 25 per cent in the last two decades. In the vast majority of cases this means that single mums are working hard to make ends meet and then coming home to do the job of two parents.

So fatherhood is an issue that gets right to the heart of social mobility and the life chances agenda. This is what the Labour Party has always stood for, so it is just plain wrong that those on the right of politics seems to believe that they have a divine right to pronounce on “family issues”.

It was the Labour Party that introduced child benefit, maternity leave and paternity leave. We must be proud of this record and continue to position ourselves at the forefront of social change when it comes to the modern family, responding to the frustrations many women feel at the unequal distribution of responsibilities and the marginalisation that many men feel when it comes to parenting. The young fathers that we speak to want to play a supportive role in their child’s life, but struggle to get access to the services they need.

We expect too much of mums and too many women find themselves doing the “double shift” of working and parenting. Men want to be involved in their children’s lives and women want fulfilling work lives instead of being expected to give up work, so how do we still have social policy still weighted so heavily towards the idea of a breadwinner and a homemaker when this simply isn’t the reality anymore?

We cannot truly claim to have achieved gender equality when our public services work on the outdated assumption that women are the exclusive carers of children. If our system offered more support to fathers it would take some of the burden off mothers whilst also fostering active and engaged fathers.

Over the years we have seen the debate about fatherhood descend into criticism of “feckless fathers” far too many times. The Tories’ narrow focus on the structure of families alone isn’t nearly comprehensive enough to support active fatherhood. Tax breaks for married couples ignore the fact that in reality relationships between adults often don’t last, and that is why relationships between fathers and their children need to be strong and robust.

At present, 45,000 children each year do not even have their father’s name on their birth certificate, establishing the precedent that fathers are disengaged from the very start of their child’s life. Joint registration of fathers on birth certificates would be a good start – recognising the important role that fathers play in their child’s life from birth, demonstrating the expectation that parents will work together to raise their children and the fact that fathers have a responsibility even if Mum and Dad aren’t together.

Small changes in policy can make a big difference and it should be the Labour Party leading the way. Access to training programmes for soon-to-be-fathers and training for those working in maternity, early years and social care should include elements on engaging with fathers would be sensible first steps. Labour government should make sure that leave to attend antenatal appointments is paid and that employers are encouraging fathers to take up their right to shared parental leave and flexible working.

By leading the way and calling for progressive social policy changes that reflect the modern world and people’s lives, we can begin to show that Labour is responding to the nature of the modern family and has the fresh ideas needed to govern again.

David Lammy is MP for Tottenham and chair of the all party parliament group on fatherhood.