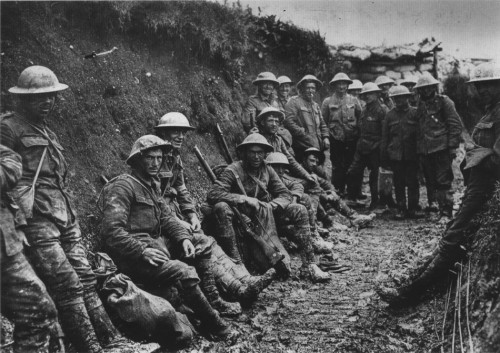 If Britain votes to quit the European Union it would be like jumping out of a frying pan into a fire. The result – whichever way it goes – will almost certainly be very close.  Perhaps the greatest political problem is that, all too sadly, with the tragic events of the first half of the 20th century at least 70 years behind us, far too many Vote Leave politicians seem to have forgotten (or deliberately ignored) what a European fire actually looks like.

The EU is already in a vulnerable state – and quitting it now is likely to further destabilise it. Without doubt, a Brexit vote would fuel demands for similar referenda in France, Germany, Sweden, Denmark, Holland and doubtless other countries across the union. If we leave, we risk destabilising the EU. Ultra-nationalist and anti-EU political forces, some of them on the extreme right of the spectrum, are already on the rise in Europe and a Brexit would almost certainly encourage those forces and tragically tip the balance in favour of EU disintegration.

So Brexiteers should pause for a moment and ask themselves what a non-EU Europe would actually look like.

Since the immediate post-war period, the EU (and its predecessor organisations) have acted as a political force of gravity pulling together our continent’s normally fractious nations. Without it, Europe’s myriad countries would be likely to go their own potentially very nationalistic ways – and, as a consequence, politically more centrifugal forces will gradually recreate that continent of rivals which existed in the half-century before 1945 and which had existed for much of the previous 400 years.

We should not forget that, historically, the normal state of affairs on our continent has sadly been one of intense rivalry, war and conflict.

Apart from the period of the EU and its predecessors, from 1945, and much of the 19th century, when a previous pan-European arrangement – the so-called Concert of Europe – helped ensure relative peace, some 80 per cent of our continent’s history over the past 500 years has been dominated by warfare. In 25 major conflicts, each often involving at least a dozen countries (often including England or Britain) more than 25 million people died – and that’s, of course, not including the 60 million who died on European soil during our continent’s most dysfunctional era, the early to mid 20th century.

So that Brexiters  can reflect on what happens when our continent doesn’t pull together, I’ve worked out precisely what the historical record reveals:

In the 16th century, there were a grand total of ten major European wars, each involving, on average, seven countries or states. More than four million people were killed, equal to some five percent of total European population at that time.

In the 17th century, there were only three major European wars (each involving, on average, 12 countries) – but they were long and bitter (over ten million deaths – equal to some ten percent of average population at the time) and took up 44 percent of the century.

In the long 18th century (1700 to the end of the Napoleonic Wars in 1815), nine major military conflicts, each involving, on average, 13 countries, killed 9.5 million people, equal to around six percent of average population at the time.

Helped by the Concert of Europe, for much of the time, the extended post-Napoleonic 19th-century (1815 to the outbreak of the First World War  in 1914), experienced much less conflict on our continent, in stark contrast to the situation elsewhere in the world.

For in that 99-year period there were only two really major European wars (killing in total up to one million people – equivalent to much less than 1 per cent of average population at the time), each involving, on average, just three countries.

Following the gradual end of European cooperation and, in 1914, the complete breakdown in European stability, a period of unprecedentedly violent warfare began. Over the next 31 years, the two world wars cost 90 million lives, two-thirds of which were lost in Europe, equal to around 13 per cent of our continent’s average population in those decades.

The single biggest lesson of those statistics is that Europe’s nations either have to stick together or they will surely and painfully hang apart.

We surely need to treasure and defend the security and stability we have achieved. Vote Leave politicians should reflect that undermining stability by with Brexit will ill-serve our children and their descendants. It is crucial we do not play into the hands of the extreme nationalists threatening the EU from within – or make our continent less able to counter the threats from a resurgent expansionist Russia and from the forces of terror in the Middle East and North Africa.

Rather than leave, we must redouble our efforts to expand the democratic and progressive aspects of the EU – so that ultimately its less positive dimensions are consigned to the dustbin of history.

View all articles by David Keys