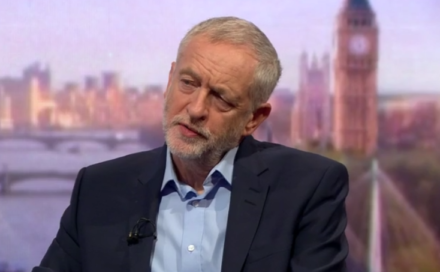 Jeremy Corbyn today launches his campaign for re-election with a pledge to tackle the “five ills of 21st century Britain”.

The sitting leader will seek to tap into the Beveridge report of 1942 and set out how a Labour government would deal with inequality, neglect, insecurity, prejudice and discrimination.

Corbyn, who has faced criticism that Labour has not brought forward detailed policies in the 10 months since he was elected, today announces a series of measures, including pay audits, designed to stamp out discrimination in the workplace.

“Discrimination holds back companies and our economy,” he is expected to say.

“If our economy is to thrive it needs to harness the talents of everyone. So this is about making our economy stronger, the workplace fairer, reducing the discrimination that holds people back.”

Corbyn has seen challenger Owen Smith win the backing of scores of Labour MPs on the back of a policy-heavy launch less than a week ago.

The incumbent will today commit a Labour Party under his leadership to forcing firms with more than 21 staff to carry out and publish equality pay audits.

He intends to fund the Equalities and Human Rights Commission to:

Corbyn was tapping into the spirit of the original report by William Beveridge which identified five “giant evils” of squalor, ignorance, want, idleness, and disease.

This morning in his speech the leader said the 21st century posed a different set of problems.

“Today what is holding people back above all are inequality, neglect, insecurity, prejudice and discrimination.

“In my campaign I want to confront all five of those ills head on, setting out, not only how Labour will campaign against these injustices in opposition, but also spelling out some of the measures the next Labour government will take to overcome them and move decisively towards a society in which opportunity and prosperity is truly shared.”