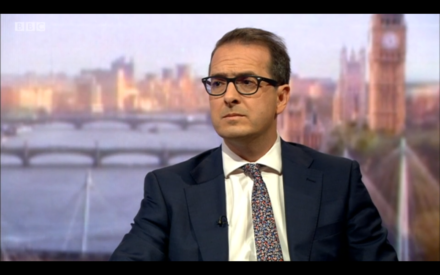 In a month’s time, we will be casting our votes for Owen Smith as Leader because we believe this is the only path forward to a Labour Government and putting a stop to the immense damage the Tories are doing to our communities and our nation.

We have closely watched the debate in our Party in recent weeks and are deeply impressed with how Owen has done. He has driven home the message that the fight Labour must lead is about tackling inequalities in wealth, power, outcomes and opportunities, across our country.

Owen has convincingly made the case that he knows how to get things done and has the tenacity and skill to advance the cause of working people. He has not shied away from saying our Party has been too timid and that he would increase taxes on the wealthy. He has set out a radical vision for a £200bn investment programme, re-nationalising our railways and putting the decision to make war firmly in the hands of elected MPs, not the Government of the day.

But there is more at stake here. There are militants in both wings of our Party who are determined to carry out a civil war against each other, whether it harms working people or not. We have intimidation and bullying in Constituency Labour Parties up and down the country. We have those who seem to prefer perpetual division to the job of winning power for the good of those we represent. We need a unifying leader who is principled and competent.

The stakes couldn’t be higher. Our country faces an existential threat from nationalists and poor-bashing Tories. A new Scottish referendum is on the horizon. This is no time for Labour to keep fighting itself. The next general election has already begun. Owen Smith, with his experience, especially as Shadow Secretary of State fighting austerity, has a firm grasp of the issues and will be prepared to lead our party from day one.

Our party needs a leader who can win and is principled. That’s why we need your support in backing Owen Smith.