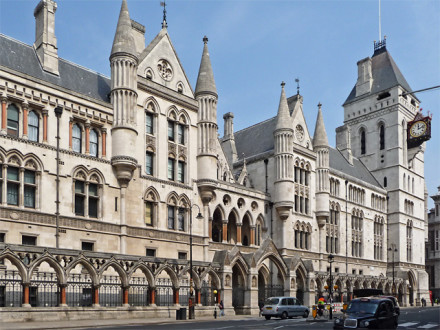 Five new Labour members have won a sensational High Court victory against the party’s decision to impose a six-month freeze date for joining up to vote in the leadership contest.

A judge ruled that the group of five had “paid their dues” and should not be barred from taking part in the ballot despite joining after January 12.

The case, paid for by crowdfunding, was launched after Labour’s ruling body decided last month that members who joined the party after the cut-off would not be eligible to vote. This decision was made in order to bring voting rights in line with other internal selections, such as for parliamentary and council candidates, and was made at the same NEC meeting where Jeremy Corbyn was granted an automatic place on the ballot.

The judge’s ruling says that new members were told they would be eligible to vote in any leadership contest upon joining the party, and that the back-dated freeze on membership was unfair on these grounds. While he granted the Labour Party permission to appeal, he warned against “false hope” and said the decision had been his “firm view”.

Mr Justice Hickinbottom said: “For the party to refuse to allow the claimants to vote in the current leadership election, because they have not been members since 12 January 2016, would be unlawful as in breach of contract.”

The full implications of the High Court decision are not yet known, but the Labour Party has been granted the opportunity to appeal the decision, which could see the election delayed. A spokesperson for the party said: “It is right that the Labour Party seeks to defend vigorously decisions of the National Executive Committee in this matter, and we will now study the judgement carefully.” It is expected that a decision will be made on whether to appeal in the next day, and a hearing could take place on Thursday.

The issue pitted the Labour leadership on the side of the five members bringing the case against the party, which argues that the rule book clearly states that “the timetable for the election, including any freeze date” will be decided by the NEC. Shadow Chancellor John McDonnell described today’s decision as a victory for democracy, saying “the decision taken to freeze out new members since January was an affront to democracy and went against everything the party stands for.”

He added:  “We are appalled by the possibility of an unnecessary and costly appeal. If it is taken forwards, the Party will be using members money to try to stop members from voting. This is unacceptable.”

The ruling could expand the selectorate in the leadership contest significantly, with 130,000 people joining the party in the weeks following the EU referendum alone. The majority of members who have signed up since January are thought to be supporters of Jeremy Corbyn (one insider today put the figure at around 55 per cent), but it is believed that a large proportion of those also paid £25 to sign up as registered supporters.

Today also saw the deadline for affiliated trade unionists to sign up for a vote in the leadership contest. They were also bound by the six-month freeze date, but it is so far unclear whether the ruling will affect them.