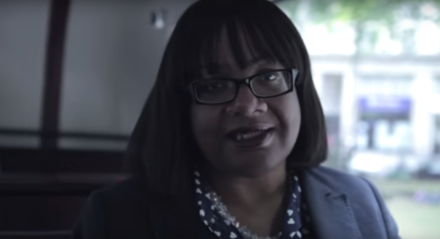 It’s time for Jeremy Hunt to scrap plans to impose a new contract on junior doctors and get back around the negotiating table, Shadow Health Secretary Diane Abbott said last night, after doctors voted for a week-long strike to protest the Government’s plans.

This comes as Jeremy Hunt compared himself to Labour great Nye Bevan as he defended his disastrous record presiding over the NHS.

Last night the latest round of industrial action was confirmed in the long-running saga over Tory plans to impose new contracts on junior doctors, which will take place between September 12 and September 16. The new contracts are part of wider plans to make the health service a “7-day NHS”, but are unpopular with doctors because they feel they do not do enough to reward those who work weekends and hit part-time workers unfairly.

Abbott responded to the news by saying yet more strike action “was always likely.”

“The crisis in the NHS is deepening, with closures of hospitals and key departments across the country while nearly all waiting times are rising,” she said. “The Government is not properly funding even a 5-day NHS. A 7-day NHS is simply impossible without more resources.

“It is not too late to change course. Jeremy Hunt should stop posturing about imposing a Junior Doctors contract, scrap it, and re-enter talks.”

But when asked whether he planned to resign on the Today programme this morning, Hunt responded by comparing himself to former Health Secretary Nye Bevan. Defending his own unpopularity, Hunt said: “Nye Bevan, the founder of the NHS, was described by the BMA (British Medical Association) as a ‘medical Fuhrer’.”