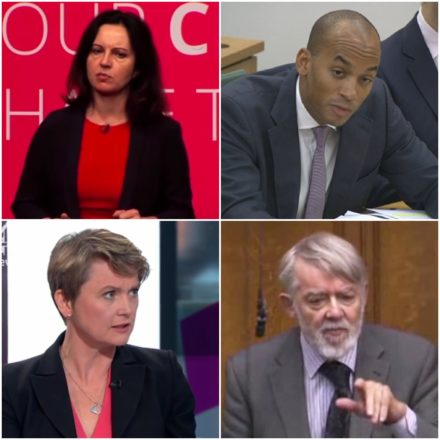 Yvette Cooper has edged out Caroline Flint and Chuka Umunna in the battle for the chair’s role on a key Commons committee.

The former Cabinet minister won the race for the home affairs select committee while Hilary Benn was, as expected, the winner in the competition to chair the new Brexit committee.

Cooper, who served as shadow Home Secretary in the last parliament, will replace Keith Vaz after winning on third preferences and forcing Flint into second.

Umunna came third while Paul Flynn, a late declaration who until recently was a member of the shadow Cabinet, was fourth in elections carried out under the Alternative Vote system.

Former solicitor Umunna had been considered a strong contender having served on the home affairs committee since he left the shadow Cabinet.

Some people close to the election claimed there was an even split between him and Cooper among Labour MPs but Tories backed Cooper because they were wary of providing a boost to Umunna as a likely future leadership challenger.

On Sunday the committee published a series of criticisms of Jeremy Corbyn as part of a broader inquiry into anti-Semitism in the UK. The review prompted an an angry response from the Labour leader, who criticised what he saw as a “disproportionate focus” on Labour. He also described prejudice against Jews as an “evil”.

At the same time Umunna said any suggestion the committee had acted out of a desire for political gain was “grossly insulting”.

The full breakdown of results is as follows: