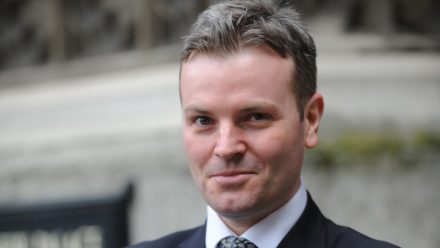 Jamie Reed resigned his Commons seat today to take up a job at the Sellafield nuclear plant.

The prominent critic of Jeremy Corbyn stood down after 12 years as an MP to trigger another by-election in a seat where the Labour majority was 2,564 last year.

Reed, who will become head of development and community relations at Sellafield, signed off with a defence of the last Labour government as well as a message of gratitude to the “hardworking, dedicated, [and] decent people” of Copeland Labour Party.

The ardent Remain campaigner, whose local authority area voted Out by 62 per cent, also said Britain needs a “Brexit that works for communities like Copeland”.

Reed’s resignation comes 15 months after he stepped down as a shadow health minister – criticising Corbyn’s anti-nuclear stance – in a decision announced within minutes of the outsider’s first victory in the Labour leadership contest in September last year.

Today Reed avoided any criticisms of the Labour leader but used the word “government” on four occasions in his resignation letter.

“I am proud of what I have achieved over the past 12 years with the help and support of the Copeland community and the last Labour government….

“The ambitions of Copeland, and other communities like it, are always best served by a Labour government that seeks to renew our nation and which redistributes power, wealth and opportunity.

“I have long argued that our national politics must meet this challenge so that communities like mine – far removed from our major urban centres – can shape our own futures. I hope that the next Labour government will help to deliver this.”

Today Reed said his decision to quit had “absolutely nothing” to do with Corbyn and told The Guardian his relationship with the leader was “cordial”.

In his letter he finished by saying: “I wish you every success in your endeavours to become our next Labour prime minister”.