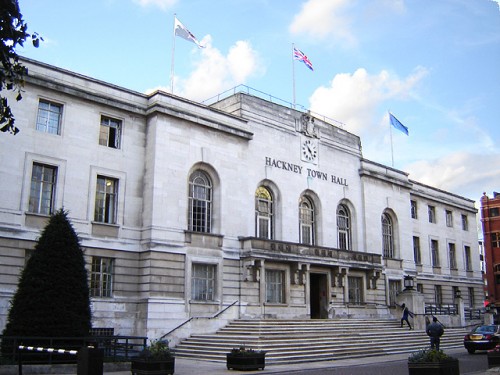 I’ve been here before. That point where everything looks politically hopeless and people start to mutter about having more fun things to do in the evening than turn up at endless meetings, lose votes, listen to endless procedural motions and be shouted at about your alleged selling-out.

Right now it is tough being a Labour moderate. Since the start of 2015 we’ve lost a general election, including being wiped out in Scotland, lost two leadership elections inside the party in 12 months, lost the Brexit vote, watched our ideological soul mates on the Clinton campaign lose to Trump. With Labour on just 24 per cent it doesn’t look like a fun year for any of us on the doorstep, particularly if we are trying to hold on to local council seats.

I set out the more balanced view of the current national situation a few months ago but it’s my own personal experience at a local level that gives me the strength not to give up and the belief that politically the darkest hour can often come before the dawn.

Back in 1998 I went to work for the Labour group on Hackney council, above. People warned me not to. A former Labour general secretary told me something along the lines of “that’s very noble Luke but Hackney has been a political basket case since the 1950s, its unsavable”. I thought I was going to Hackney for a few months but stayed and made it by political and family home for 16 years.

Guardian journalists David Walker and Rebecca Smithers wrote at this time: “Hackney is a standing affront to Labour …  and to the principle that local people can, through elected representatives, best run their own affairs.”

They recorded “Hackney’s descent into municipal hell”, when “excellent officers resigned or were sacked in a welter of recrimination and tribunal hearings; high-calibre councillors … drowned in ideological and personal hatred.”

The Labour group I worked for had five leaders in five years. It had lost 17 councillors through defection first to a breakaway group and then to the Tories and Lib Dems. Private Eye said we needed traffic lights in the council chamber as one member had served successively as Labour, Hackney New Labour [sic], Conservative, Green, Independent and finally as a Lib Dem candidate.

The losses weren’t just through defections, the elections in 1998 saw Labour slump to 29 of 60 seats with the Tories, Lib Dems and Greens on 31, in a borough which had once had 59 or 60 Labour councillors. The other parties installed a Tory mayor and refused to let Labour form an administration but also refused to form one themselves, so the council limped along with no leader and no committee chairs (the then equivalent of cabinet or executive members).

Meanwhile as a hung council from 1995 to 2001 this already very poor borough went to the dogs. Central government had to intervene to deal with failing schools and children’s social services. Housing regeneration, which the borough had been famous for, stalled. Dirty streets, potholes, unfixed streetlamps and blocked gutters proliferated. Following a botched outsourcing deal, one third of council tax went uncollected and housing benefit went unpaid for months. Corruption scandals were repeatedly unearthed. Every year the budget passed would be found to be predicated on fantasy statistics so that as well as cuts passed at the budget meeting, emergency rounds of cuts of tens of millions of pounds would be required. Riot police had to protect the town hall on budget setting night.

The divisions in the council Labour group were overlaid by more traditional left-right factionalism and communal politics in a bewildering kaleidoscope reflected in tumultuous, vituperative and gruelling local party meetings, de-selection of leading councillors, MPs denouncing councillors from their own party, with an NEC enquiry in the mid-1990s finding that just about every rule was being broken, from the existence of rival groups of councillors within Labour with their own whipping systems to the use of a wholly outwith the rules “annual borough conference” to elect the council leadership.

Meanwhile the Tories and Lib Dems were investigated by Special Branch and two of their councillors convicted of systematic proxy vote fraud in the borough elections.

It really was difficult to persuade people to go to Labour meetings and associate themselves with this municipal meltdown, let alone risk their reputations by running as councillors.

But somehow it was done.

A small group of the councillors I worked for, and subsequently with when I switched from being an adviser to a councillor myself, kept the faith that Labour in Hackney could recover and that it could turn round the council. Somehow they persuaded extremely sceptical government ministers and other councils to believe in them and provide Hackney with the financial breathing space and know-how it needed to recover.

Through sheer hard-work we transformed Labour’s local campaigning, designing clearer, very local, punchy leaflets that exposed what the Tories, Lib Dems and Greens were doing to the council, and creating a culture where getting out on the doorstep listening to voters, rather than ideological purity, became the measure of whether you were an activist worthy of the name. Seven out of eight by-elections were won between 1998 and 2002, then in 2002 we gained 15 council seats and overall control, won the newly created directly elected mayor, and have held both ever since, now with 50 of 57 council seats.

The local Labour Party was transformed from a bear pit into a comradely and friendly environment where political differences were still very vigorously debated but a leadership team working together from both left and right of the party set an example of collaboration, finding common ground and campaigning and socialising as one united party. Enough people agreed they just wanted the best possible results for Labour and the best possible local council services and put ideological differences to one side.

This stable political platform enabled mayor Jules Pipe and his team of councillors and senior officers to have the space to radically turn round Hackney’s management finances and services. By 2013 Ben Page of IPSOS Mori was able to say: “Hackney Council has made sustained improvements over the last decade. It used to be a by-word for dismal services, but now ratings of Hackney as a place to live are well above the national average (89 per cent satisfied) as are ratings of the council (74 per cent satisfied versus 55 per cent). This is a really impressive performance and the mayor, councillors and staff at Hackney deserve real credit for what they have achieved.”

In 2016 the Local Government Chronicle named Hackney as “council of the past 20 years”, saying: “Hackney has during the past 20 years redefined the standards for what councils can achieve. It believes great local government can transform places and change lives.

Because of Hackney, the words “area of high deprivation” can never again be an excuse for poor services. The council has shown it is possible to provide first-class services and keep tax low. During the past two decades it has renewed the borough’s public infrastructure, secured the economic legacy from 2012 and set new standards for inner-city education. Over many years, Hackney has exemplified excellence, innovation, leadership and ambition.”

None of this happened by accident.

It happened because a small group of people showed leadership, putting their lives and careers on hold to turn round what seemed like an utterly hopeless political situation because they believed they had a responsibility not to allow residents in one of Britain’s most deprived areas to suffer from a Labour Party that didn’t listen and was wracked with infighting, and thence failing local services. That small group led by example and inspired hundreds more local activists to play their part in this success story.

If this can be done in one borough – and Hackney is not the only story like this even in London, it is just the most extreme one – it can be done for Labour and the country on a national scale, because much of the national picture is an agglomeration of hundreds of different local stories like this in CLPs and boroughs where small groups of people work their socks off to build a better future.

So I won’t listen when people despair and tell me it is all over for Labour any more than I listened when they told me Hackney Labour and Hackney council couldn’t be changed.

The seemingly impossible in politics is never impossible, it just requires people with the passion and commitment to Labour across the country to have the will to keep fighting, and to take the personal responsibility for the survival and eventual triumph of the party, and the transformation of our country to one that reflects our values of social justice.

If we take that personal responsibility, Labour’s best days electorally and in government will still be in front of it.