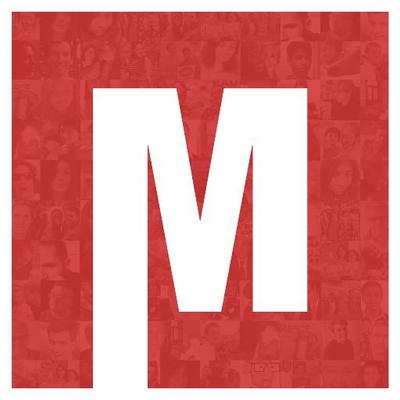 This is the full constitution of Momentum – published last night.

1. Name
The name of the association is Momentum.

2. Administration
The association shall be governed under this constitution by the members of the National Coordinating Group (“NCG”) as provided for under Rules 6 and 7 below.

To achieve its aims the association will:

5.1 Membership is open to anyone who either was a financial subscriber of
Momentum on 10 January 2017, or
(i) Is 14 or over;
(ii) Is a member of the Labour Party and no other political party nor an organisation disallowed by the NCG;
(iii) Agrees to be bound by the rules of Momentum, including its code of ethics and equal opportunities policy; and
(iv) Is accepted for membership by the NCG.
5.2 There will be a minimum annual membership fee.
5.3 Membership will begin when a membership application and first payment is received.
5.4 A list of members will be kept by or on behalf of the NCG.
5.5 All members will be eligible to vote in one-member-one-vote (“OMOV”) ballots.

6. National Coordinating Group
6.1 The business of Momentum will be carried out by a NCG.
6.2 The NCG shall consist of Momentum members who confirm (and can provide evidence on request) that they are current Labour Party members, confirm their agreement to the rules of Momentum, who are nominated and if necessary elected in accordance with Rule 7, in the following numbers and categories:
(i) 4 from each of three divisions – (a) the North and Scotland; (b) the Midlands, Wales and the West; and (c) the South East – at least two of whom are women and at least one of whom identifies as BAME in each division;
(ii) 6 from affiliated trade unions;
(iii) 4 who are Labour members of the UK, European or Scottish Parliaments, Welsh or London Assemblies, Elected Mayors or Police Commissioners, or Labour members of a British local authority, at least half of whom identify as women and one of whom as BAME;
(iv) 1 from Campaign for Socialism (Scotland) and 1 from Welsh Labour Grassroots; and
(v) 4 from other affiliated organisations as defined in Rules 11 (iii) and
(iv) below.
6.3 In the event that 12 members in category defined in Rule 6.2 (i) are elected in accordance with Rule 7.4 below and do not include at least one member selfidentifying as disabled, one member self-identifying as LGBT+ and two members who are under the age of 30, further nominations shall be sought and runoff elections held in accordance with Rule 7.6 to appoint further members to the NCG in order to rectify the lack of representation of those members who identify as such.
6.4 Up to 4 additional members may be co-opted onto the NCG at the discretion of the NCG. In addition, in the event of any casual vacancies, the NCG may organise by-elections to fill the vacancy in accordance with Rule 7 or co-opt
additional members at its discretion.
6.5 The NCG shall meet no less than 4 times per year.
6.6 Unless specified otherwise in this constitution, the NCG shall make decisions by a majority of those of its members participating in a meeting. No meeting of the NCG can take decisions unless there are 10 members of the NCG participating. Members of the NCG participate in a meeting of the NCG, or part of a meeting of the NCG, when they can each communicate to the others any information or opinions they have on any particular item of the business of the meeting.
6.7 The NCG shall appoint a chair and any other officers from its members that it deems necessary in order to carry out its business. In the event of a tied vote, the chair shall have the casting vote.

There will be a Members’ Council consisting of 50 members randomly chosen by lot. This Council will be renewed every six months and shall meet at least twice in that period. Members of the Council will be given facilities and the opportunity to directly participate in the development of activities, resources and campaigns for the use of Momentum members and groups. The format of this engagement will be defined by the NCG, having regard to the requirements of the individual members of the Council. The Members Council shall not be required to make decisions on the operation of the constitution or administration of the organisation, this being the remit of the NCG, but it may review decisions of the NCG and the administration of the organisation as a whole. It may make recommendations and provide advice on the basis of its findings.

(iv) other groups as agreed by the NCG, provided that the NCG may not agree to the affiliation of groups whose programme and policy is incompatible with that of Momentum or the Labour Party, or who support candidates for public office from parties other than the Labour Party.

12. Other Networks and Groups

12.2 The NCG shall encourage and support the development of liberation networks for women, BAME, disabled and LGBT+ people, and of Youth and Student networks in which members who self-identify as being within these categories are able to self-organise.

12.3 The NCG has the power to recognise networks and groups as “Momentum” and in appropriate circumstances, including where there has been a breach of Momentum’s rules, to withdraw recognition.

12.4 The NCG shall, as far as possible, support networks and groups to enable them to function effectively.

12.5 Local and other Momentum group or network meetings and activities at which key decisions are made or elections take place shall be open to all members of Momentum within the group or network’s boundaries and notice must be sent to all such members by such means as the NCG may determine.

12.6 Where a constituency party affiliates to Momentum, members in the area covered by the constituency party shall consider at appropriate intervals, as determined by the NCG, whether the aims of Momentum are best served by maintaining a local group or network covering its area, or by working jointly between neighbouring Momentum groups and the local constituency party.

The following powers may be used by the NCG provided that:

(i) Power to invite and receive contributions;
(ii) Power to raise funds;
(iii) Power to set any membership fee or affiliation fee;
(iv) Power to accept or refuse an application for membership;
(v) Power to deem members as having resigned and to expel members when they have been deemed as having resigned;
(vi) Power to employ staff as necessary for promoting the aims and to make all reasonable and necessary arrangements for the payment of pensions for staff and dependents;
(vii) Power to co-operate with other bodies with similar aims;
(viii) Power to make an application to affiliate to the Labour Party;
(ix) Power to recognise groups and networks and to remove recognition;
(x) Power to set the boundaries of groups and networks;
(xi) Power to determine which meetings of groups and networks shall be open to all members;
(xii) Power to determine at what intervals members in the boundaries of a group or network which covers the area of a constituency labour party affiliated to Momentum shall consider whether the group or network should cover that area;
(xiii) Power to require members and affiliated organisations to provide evidence that they are eligible for membership or affiliation and that they are members of or affiliated to the Labour Party;
(xiv) Power to seek nominations and organise elections and delay elections in specified circumstances;
(xv) Power to co-opt members;
(xvi) Power to establish standing orders governing how it conducts its business;
(xvii) Power to choose members of the Members Council by lot;
(xviii) Power to call meetings of the Members Council;
(xix) Power to take all necessary and reasonable steps in order to consult with its members;
(xx) Power to set campaign goals of the organisation which further its aims;
(xxi) Power to appoint officers from its members and to establish any necessary advisory or other committees as necessary for achieving the aims;
(xxii) Power to delegate any of its functions; and
(xxiii) Power to do all other things necessary to achieve the aims.

14.1 The funds of the association, including all donations, contributions and bequests, will be held in accounts operated by or on behalf of Momentum. All payments drawn on the account must be authorised by at least two members of the NCG.

14.2 The funds belonging to the association will be used only to further the aims.

Individuals and groups using the Momentum name and branding must operate according to the following principles at all times:
(i) As the successor to Jeremy Corbyn’s 2015 Leadership Campaign, Momentum promotes the values of fair, honest debate focused on policies, not personal attacks or harassment.
(ii) Momentum seeks to build positive relationships with Constituency Labour Parties, trade unions and other Labour movement or campaigning organisations that share its aims and principles.
(iii) Momentum seeks to reach out across the community and encourages the participation of people who may not have been involved in political activities before. Ensuring the safety and self-expression of everyone is a priority, especially of those who are often marginalised on the basis of their gender, sexuality, ethnicity, race, religion, class, disability and educational or economic status.
(iv) Groups of individuals may form local Momentum groups (in accordance with the provisions of Rule 2 of this Constitution) to share ideas, organise and participate in activities at their local level, which demonstrate how ‘socialist values’ and collective effort can make a positive social and/or environmental impact. These groups must be democratic in their nature and be organised around a spirit of collaboration, inclusion and respect.

(i) Momentum is committed to achieving equality of outcome and opportunity for all people of all ages. The NCG shall develop a full policy to reflect this as soon as practicable.
(ii) Momentum recognises the systemic disadvantage suffered by groups in society and therefore positively discriminates to ensure full representation of women, those aged under 30 and those who self-identify as BAME, LGBT+ or disabled, as set out in this constitution.
(iii) The NCG and all other groups or networks shall put in place measures and/or adjustments for those members or employees who are or become disabled during their course of their employment or membership. The NCG may require members, groups or networks to take all reasonable or necessary steps in order to ensure compliance with the Equal Opportunities Policy.