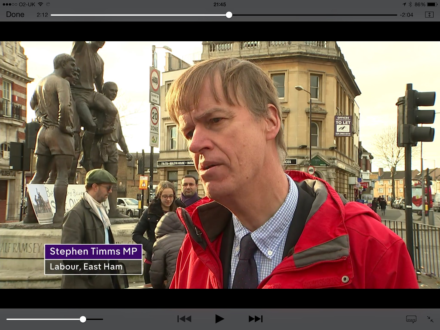 This is the speech delivered by former minister Stephen Timms – edited to remove interruptions – in the Commons debate on article 50.

I am pleased to be following the hon. Member for North East Somerset (Jacob Rees-Mogg), who set out an erudite constitutional perspective for our edification. Of course, there are wholly honourable reasons for wanting to leave the European Union. The problem, however, is that we will pay a heavy economic price for leaving. Too many jobs will be forced out of the UK, and for that reason I shall oppose the Bill at the vote on Second Reading.

It is absolutely clear that there will be a heavy economic price. Within a couple of years, that will be absolutely clear. My view is that if we in this House believe that a measure is contrary to the national interest, we should vote against it. We have heard a couple of speeches from Conservative members who have said in terms that they think that the Bill is contrary to the national interest. If that is the view of members of this House, we should vote against the Bill.

I think we should pay attention to those who know what they are talking about. The reality is that our currency has fallen significantly in value following the referendum, and that means that we are poorer than we were before. But the real damage will be done when jobs start to be forced out of Britain, as they will be over the next few years.

I know that some people argue that the loss of jobs in Britain will be a price worth paying in the short term for a better long-term future. I do not agree with that view. The fact is that we will always be dependent on close partnerships with other countries. I cannot share the view that we would be better off replacing annoying interference from Brussels with annoying interference from Washington, but that appears to be what some people believe we should head towards.

In this House, we need to be frank with people about our prospects during the next few years. For example, many of my constituents and those of my hon. friend the member for West Ham (Lyn Brown) work in the financial sector in the City of London, and one study suggests that 70,000 jobs will be lost in that one sector alone. There will be such a scale of damage in other parts of the economy as well. In my view, that is much too high a price to pay.

I agree with those who say that the various forms of so-called soft Brexit would not solve the problem. We would then end up having to apply all the rules that are devised in the EU without having any influence at all over what the rules are. That is not a viable position for the UK in the future.

The one glimmer of a Brexit without the economic damage I am concerned about would be if we signed up not to the current version of the free movement of people, but to a form of free movement of labour in which EU citizens could come to the UK if they had a firm job offer in the UK. As I understand it, that is how things worked in the common market in the past. If we agreed to something along those lines, I believe that it would buy us a good proportion of the barrier-free access to the single market that the prime minister says she wants. However, she seems to have set her face against such a concession on the immigration policy that is needed, and we will therefore pay the price.

How have we got ourselves into such a mess? I think the problem was hard-wired in once David Cameron removed his MEPs from the main centre-right bloc in the European Parliament. From that moment on, British influence in the EU diminished. It was increasingly clear that, unlike under Conservative and Labour governments in the past, the Conservative coalition government in the UK were unable to get their way in debates in the EU because their influence was so diminished.

An example that I am particularly aggrieved about was the failure of our government to protect the viability of cane sugar refining in the EU, as practised at the Tate & Lyle sugar refinery in my constituency. Previous governments—Labour and Conservative—were able to secure the future of cane sugar refining. This government, tragically, have failed. The failure of the British Government to achieve their objectives in negotiations in the EU is a reflection of the loss of UK influence. The most spectacular failure of all was, of course, David Cameron’s failure to secure a meaningful renegotiation in his last efforts as prime minister.

My conclusion is that what we actually need is a much more engaged British government who are able to win arguments in Brussels, as previous British governments were able to do. The failure of David Cameron’s attempted renegotiation highlights spectacularly just how big a problem has developed, but we should not now be pulling out all together and I will be opposing the second reading of the Bill.