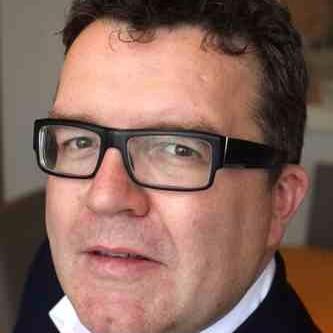 Labour’s efforts to boost working class representation in the arts are part of the party’s long history of opening up closed professions, Tom Watson said today, after launching a new inquiry into the make-up of the cultural sector.

Watson said the review, which will look initially at the under-representation of working class men and women in film, television, theatre and visual arts, was at the core of Labour’s “mission” to break down barriers in industries which feel like a “closed shop”.

The deputy leader and shadow culture secretary has asked Gloria De Piero, a former broadcast journalist, and Tracy Brabin, who starred in Coronation Street before entering parliament, to lead the inquiry.

“British film, TV and theatre is among the best in the world but for many people from working class and diverse backgrounds a career in these industries, whether on screen or backstage, is little more than a pipe dream,” Watson told LabourList.

“Labour’s mission has always been to open up those professions that feel like closed shops, out of reach of ordinary people, and this inquiry aims at just that – identifying the barriers to entry in performing arts and finding the policy solutions to knock them down.”

De Piero, Ashfield MP and a former political editor of GMTV, highlighted the advantages to young people coming from wealthy areas such as the Cotswolds – where David Cameron likes to spend his weekends – if they want to launch a career in television or the arts.

“Lots of kids dream of becoming actors but are put off by everything from a lack of people like them on screen, to poor drama provision in schools, to closed casting circuits to the difficulties of supporting themselves when in between jobs and auditions.

“Creativity shouldn’t hit a class ceiling and kids from Ashfield and Batley should be just as able to forge a career in acting as kids from Chelsea and Chipping Norton.

“That’s why we’re doing this inquiry. To identify the holes in the net where less well off kids fall out and try and find policy solutions to solve that.”