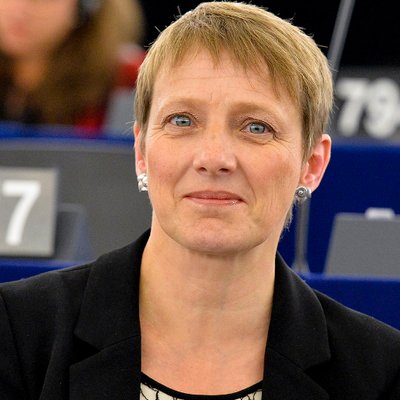 We now know that Theresa May will trigger Article 50 next week, firing the starting gun on our exit from the European Union. What is less well known is the Government will also be starting the process of leaving Euratom, the treaty that safeguards our nuclear industry – from power stations to world class research to radiotherapy.

In our fast-moving politics last week we saw the Government do a spectacular U-Turn on its Budget announcement of the week before. The U-Turn followed the Prime Minister and the Chancellor breaking a clear manifesto promise without apparently realising it, demonstrating a level of competence that should deeply worry us all. This is the same Government that we have to rely on to deliver an acceptable deal for the UK through the phenomenally complex negotiations on our departure from the EU.

I want to be very clear that my criticism is about the competence of the government in its failure to recognise or acknowledge what it was doing, not that they changed their minds. In fact, I am firmly in favour of Government reversing bad decisions. What is more is that I have a suggestion for another U-Turn, one which could restore a semblance of competence and make our lives safer in the process. Now is the time to back away from triggering Article 50 in the Euratom Treaty.

Leaving the Euratom Treaty without ensuring there is a proper replacement to its provisions is very dangerous – not to put too fine a point on it but there are life and death implications. However, in what appears to have been a last minute decision, the Government decided to start an Article 50 process for Euratom despite the fact that these negotiations could be done on a separate timeline.

Given the importance of the Treaty it is also surprising that it was buried in the small print of the notes that go with the Article 50 Act. There are links between leaving the EU and leaving this treaty, and no-one is suggesting that there aren’t. However, there is strong legal advice that there is no necessity to trigger leaving the Euratom Treaty at the same time as going through the other incredibly complicated Leave negotiations.

The lack of coverage of this decision masks the dangers of its implementation.

Finally, we rely on Euratom for nuclear safeguarding, an inescapable and utterly essential element to any UK work in the nuclear field, be it for medicine, energy or research.

Parliament debated amendments on Euratom and raised the concerns outlined above and many other pertinent points. It would be a sign of a thoughtful and strong government if those arguments are listened to now, even if they weren’t at the time. At the time, the Government’s response to leaving the Euratom Treaty in the Lords admitted there wasn’t a strategy yet for our future nuclear safeguarding and governance but that we would leave the protection of Euratom anyway. The honesty, or perhaps arrogance, that the Government repeatedly displays at the despatch box only underlines the dangers we face in the negotiations that are to come.

The overall Article 50 negotiations are going to be tougher than any negotiations a British government has had to do for decades. Forty years of a relationship means we have built a lot of things together with the rest of the European Union, and they are now integral to how we function as a country. There is so much that makes our country richer in every sense that is going to have to be renegotiated and much of this is not getting the public attention that it deserves. Why is the government choosing to make things even more difficult?

Worryingly there is increasing talk of the main negotiations just being too difficult, of the government finding an excuse to blame the EU27 and walk away rather than shouldering the responsibility for delivering an outcome that benefits our country’s future.

There is no upside to no deal – no deal means the end of negotiated agreements in multiple areas without necessary replacements.

Now is the time for the Government to do the right thing, not the easy thing. The Government will trigger Article 50 to begin our departure from the EU. They must not trigger leaving the Euratom Treaty until there is a clear route to replace all the protections that it provides us.

Clare Moody is Labour MEP for the South West and Gibraltar

View all articles by Clare Moody