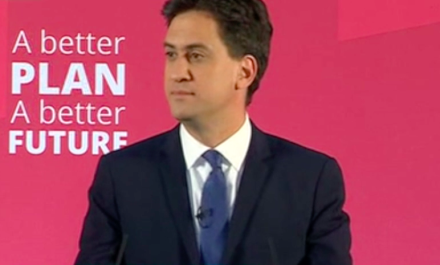 The battles and debates in the Labour Party have been framed as dichotomous and without nuance. Particularly since the emergence of Corbynism, it seems that the Labour Party finds itself in a tug of war between its two supposed extremes, with no alternative.

This narrative that has been constructed, dramatic and appetising as it may be, is also deeply ahistorical. The Labour Party has never really been a party of two halves. The space existing between the two has never truly been vacant. It has always had its proponents.

The reputation that the soft left has cultivated for itself has been one of caution and, often, absence. The loudness and frequency of its voices determined by proponents with vastly mixed fortune. Soft left figures have risen and waned with eras of the party. A peak with Bevanism and a nadir when the Kinnockites were, are, seen merely as a bridge to another end. The soft left’s problem has been, for too long, that it is seen as this means, a glue, that must be won over in order for one side to emerge stronger.

It has either been mistrusted or disrespected, seen as something to take with you or be taken by your opponent.

But today there exists an opportunity for new ideas and figures to emerge from this surprisingly large niche in the Labour Party, enough so for it to stand on its own two feet as a distinct and confident tradition. Not only does the majority of the PLP derive from the soft left, for which the new Tribune group of MPs has been established, but it is likely that much of the membership does as well: including members who have paid heed to Corbynism in some form but believe it to be too impractical to win an election, too unwilling to engage with the necessity of building a strong electoral strategy.

While it may potentially have numbers, enthusing these potential members requires more than being a default or a purgatory for those caught in-between two warring factions, waiting for a victor to emerge. The soft left has to create for itself its own policies and its own distinct identity.

On Saturday, it is Open Labour that will seek to do just that. At our first National Conference and AGM, we will lay out the beginnings of a new platform in the party for new ideas.

The Conference will lay out for the first time what a new, reinvigorated soft left tradition –an Open Left for the 21st Century- will look like: economically transformative, with a focus on stakeholder democracy, radical tax reform, collective bargaining and strong workers’ rights with particular inclusion of women and minorities, patching together as solutions to one of the greatest issues of our time: inequality. This, in fusion with a highly-informed, values-based approach to win elections by finding bridges between towns and cities, and between different value groups in the population.

Articulating this vision will be great speakers including Owen Jones and Ed Miliband, and a panel formulating around a vision for a new economy. Also attending will be Karin Christiansen of Open Knowledge and the Cooperative Party, and Ellie Mae O’Hagan from the New Economics Organisers Network (NEON). Working with ideas from Open Knowledge, the Cooperative Party and NEON, we will emphasise upon a commitment to exploring new ways of reaching out to our communities to achieve this new economy.

The AGM and policy discussion will then be your chance to get involved and shape our future. Open Labour wants to reach out to Labour members who feel without a home, and the Conference represents our biggest opportunity to engage that considerable number of members for the first time.

Together, we will begin to define the Open Left as the tradition that bridges radicalism with an effective story to take to voters. To take power seriously and what is needed to win power, but in spite of the party’s historical radicalism.

In identifying key issues, being honest on where the party is now, and putting forward policy solutions and an evidence-based electoral strategy, being seen to make a positive and unique contribution to the debate, Open Labour and the wider Open Left will begin to build coalitions within the party, with fresh ideas on how to build electoral coalitions outside of it.

It is with that that we will seek to break the dichotomy that continues to define Labour’s internal divisions, and offer a new space with new ideas on this Open Left. We invite you to take part. You can sign up as a member and buy a Conference ticket here.